Project Veritas’ James O’Keefe took to Twitter early Friday evening with a statement from the “ABC News Insider” that leaked video footage of an off-air, hot mic moment that saw ABC News’ Amy Robach speak about a three-year-old story pertaining to an interview/investigation with Jeffrey Epstein accuser Virginia Roberts Giuffre that she claimed her bosses squashed.

Following the firing of Ashley Bianco, the now-former CBS News producer who was fired for her role in clipping the video that eventually was leaked, the “insider,” who's only being referred to as "Ignotus/Ignatus," requested that Project Veritas publish this person's statement concerning the ordeal. 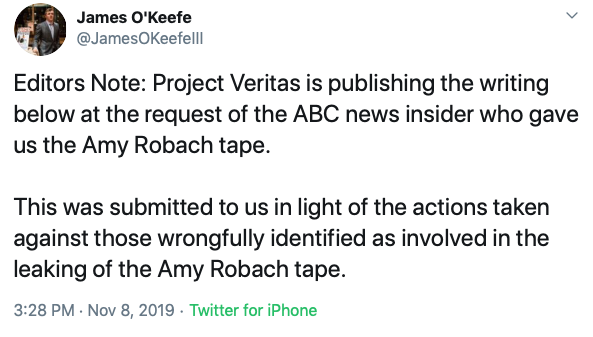 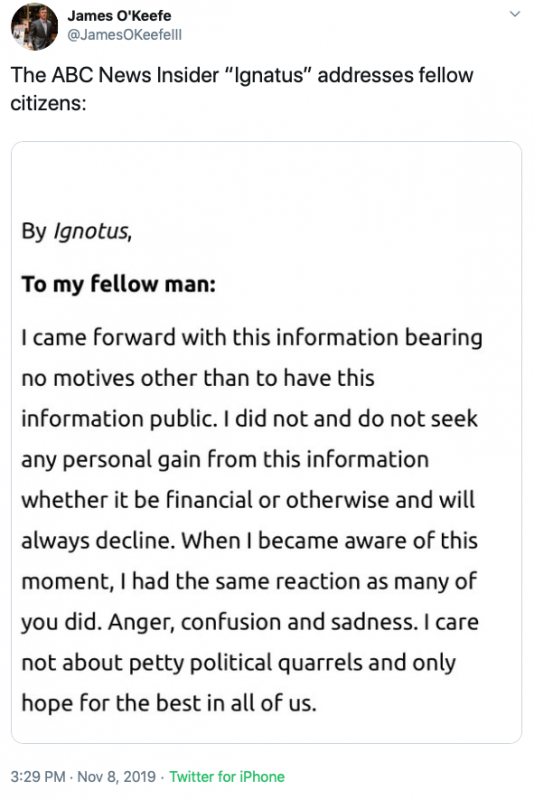 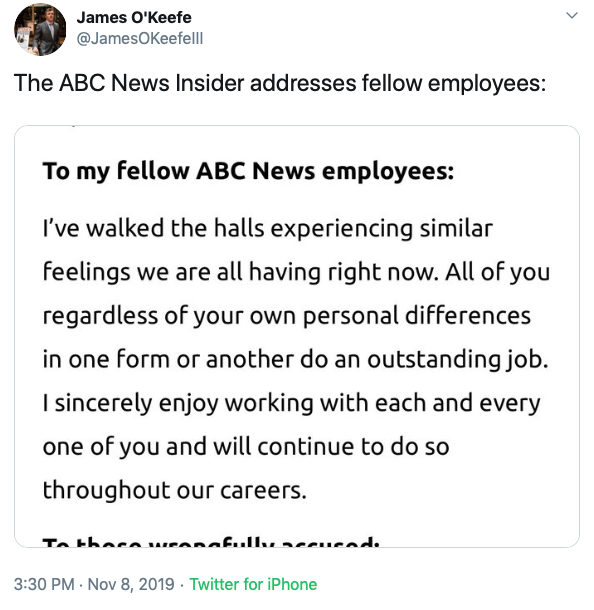 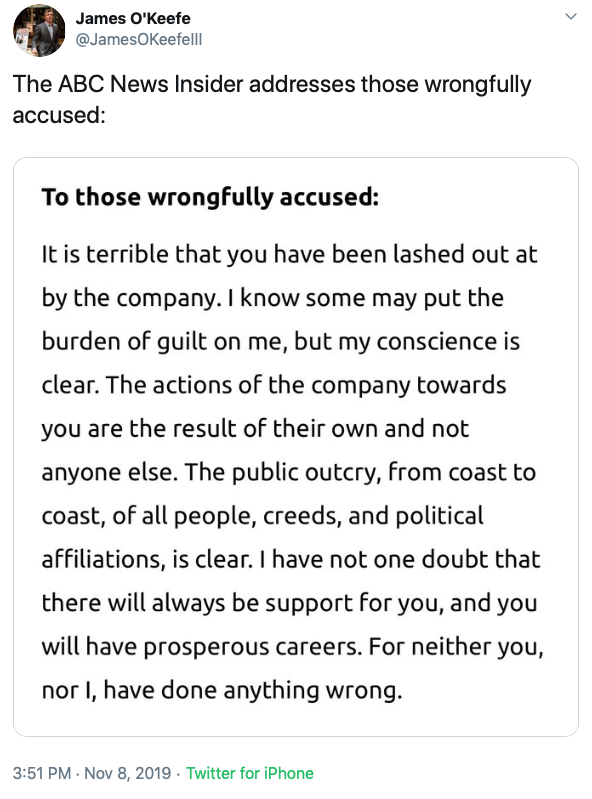 Also on Friday, Bianco sat down for an interview with former Fox News and NBC News journalist Megyn Kelly. Bianco denied leaking the video to Project Veritas, while admitting the she initially clipped the Robach moment. She claimed that she “did nothing wrong.”