Progressive Group Polls Twitter About an 'Assault Weapons' Ban, And the Results Are Awesome

(For the sake of argument, let’s briefly skip over the part where progressives can't actually say what an “assault weapon” is, because it’s not a real thing. Unless you count fully automatic firearms, which have been banned to the general public for decades.)

The poll's been up for about two days with another five remaining, and suffice it to say, it isn’t coming out rosy for the hardcore left. Behold: 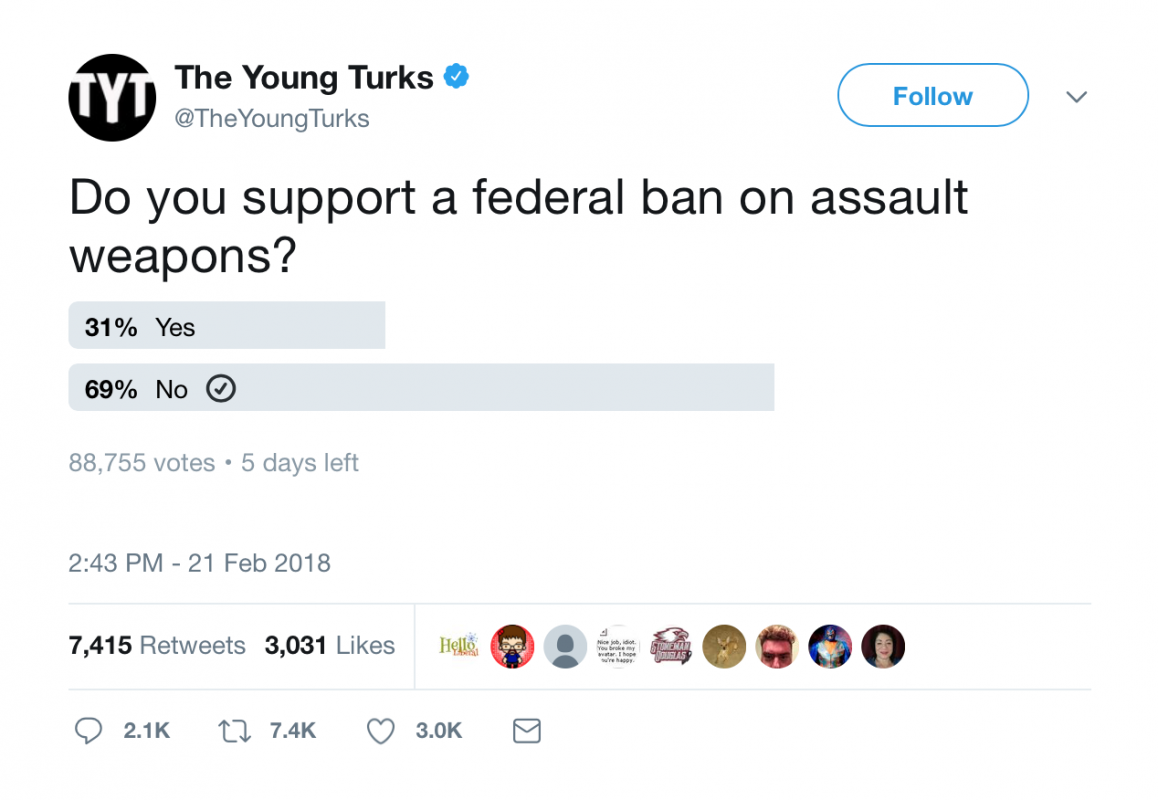 On top of the blatantly obviously majority opinion, the comments section is absolutely riddled with mockery against gun control, with many demanding to know what the heck an “assault weapon” even is in the first place. (For instance, if I take this chair and beat you to death with it, does that count?)

But of all the responses to the Young Turks’ ridiculously vague and ill-worded “survey,” perhaps this one was the best: