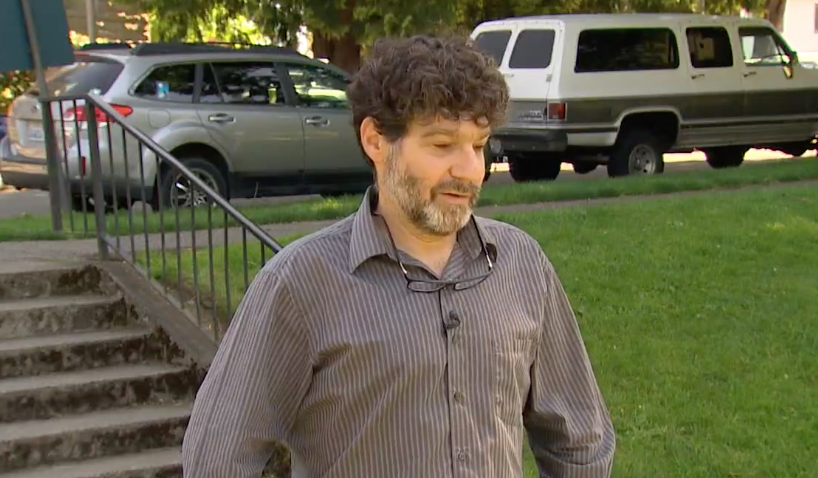 A university professor was forced to hold class off campus after the police told him campus would not be safe for him because of angry protesters.

As MRCTV previously reported, Evergreen State College professor Bret Weinstein became the target of students’ ire after he denounced the school’s plan to kick white students off campus in observation of “A Day Of Absence.” Hundreds of students responded to Weinstein condemnation by demanding his resignation and barricading the president’s office.

KING5 reports, as a result of the protests, Weinstein has been forced off campus.

Weinstein told KING5, “I have been told by the Chief of Police it’s not safe for me to be on campus.”

According to KING5, a school administrator confirmed that the police department told Weinstein it “might be best to stay off campus for a day or so.”

Weinstein reportedly held his class at a park off campus on Thursday.

Marissa Parker, a protester against Weinstein, told KING5, “If he feels unsafe or frightened for two days, he can only imagine what black and brown bodies have feared for years.”

Weinstein has been ridiculed as a “racist” for daring to oppose the school’s Day of Absence Plan and race being used in hiring practices.

“When one opposes these proposals, what happens is one is stigmatized as ‘anti-equity’ and because I am light-skinned the narrative suggests I'm a person who has benefited from privilege and that I'm trying to preserve that privilege in the face of a legitimate challenge,” he said.

KING5 claims university administrators are looking at “changing some policies regarding race” in light of the protests.