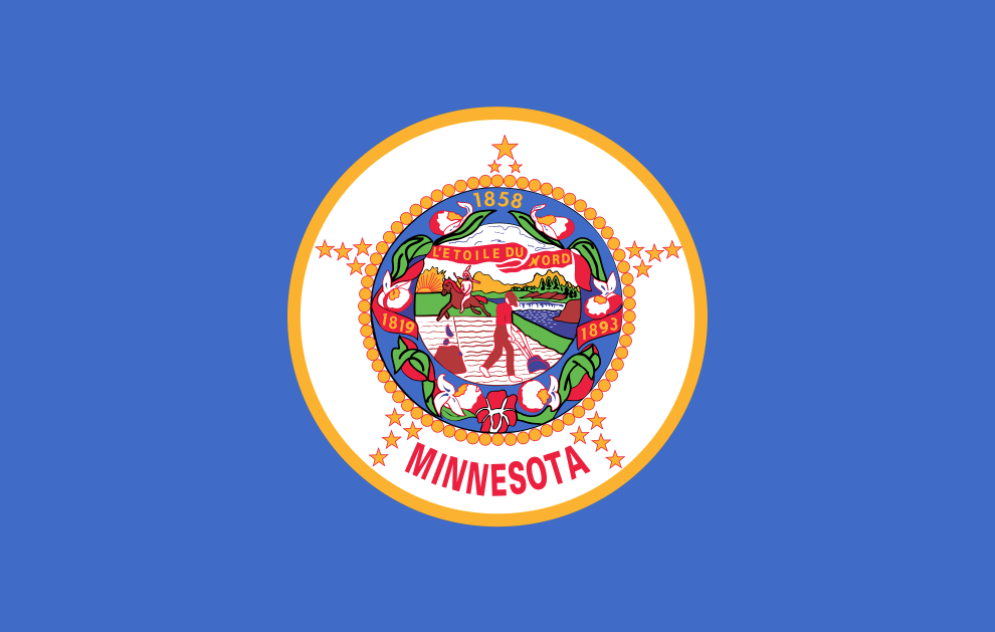 There is a new target in the war against flags that can be interpreted as having racist implications: the Minnesota state flag.

The Minnesota flag features a man using a plow on a field, while, in the background, another man is seen riding a horse while wearing a headdress and holding a spear. But, today's "sensibilities" have made it racist, she argues.

“The contrast in the images of the figures is interesting: The image of the pioneer, a peaceful man who has laid down his gun and is plowing his field, is juxtaposed with the image of the Indian, who may still want to fight (his spear is at the ready) but who seems to be riding away. The pioneer/farmer is using a plow, a symbol of civilization. The white man is depicted as a ‘doer’ who is entitled to the land, trees and water, empowered by the concept of Manifest Destiny. The Indian is the vacating tenant.”

She admits, “a peaceful transition is suggested” in the flag’s imagery, however, “this ignores the tense and problematic history of conflict between European settlers and Indians.”

Harrington claims the biggest problem with the flag is the “depiction of a racist, stereotyped Indian, who wears only a loin cloth and a feather.”

According to Harrington, the Minnesota flag “does not reflect the values and sensibilities of Minnesotans today.”

Harrington is an assistant professor at the University of Wisconsin-La Crosse.