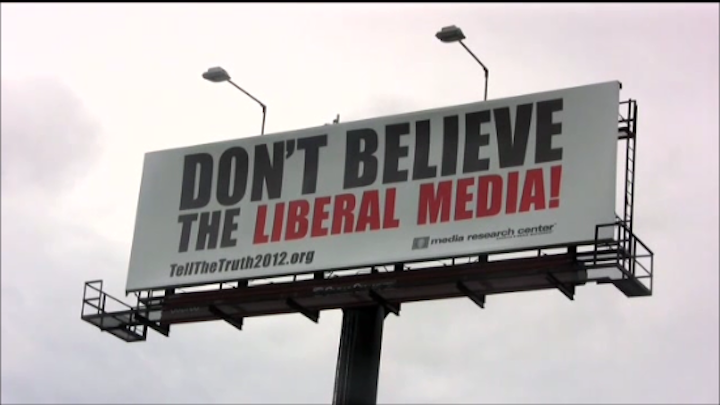 Wednesday evening, Twitter was filled with angry tweets claiming that Republican presidential candidate Donald Trump "blew off" a group of pro-lifers just days after he had issues with his stance on abortion. Inciting the angry tweets were articles in Politico and the Daily Beast announcing the supposed slight. There was only one problem with the stories - they were false and neither news source bothered to correct their error.

The falsehood seems to have begun with Politico on Wednesday, as their article was originally posted at 11:49 a.m. and tweeted by Politico, with declaration, "Trump Expected to Address Anti-Abortion Leaders." It was then "updated" at 5:10 p.m.

The Daily Beast post was published at 4:15 p.m. that same day.

Each story claimed that Trump was supposed to call in to speak to the 115 Forum, a pro-life conference led by "Priests for Life." According to Politico:

"Three sources associated with the group said organizers had initially led attendees to believe that Trump would be speaking to them by phone. Yet later on Wednesday, organizers said the mogul would not be speaking."

The Daily Beast said their story came from, "A conservative operative with knowledge of the call" who "told The Daily Beast that pro-life leaders involved were disappointed Trump decided not to speak with them."

The truth is that each of the news sources either got their stories from people who do not like Donald Trump, or pulled it out of their vivid imaginations.

Yesterday, a number of media outlets reported a story incorrectly regarding the relationship of Donald Trump to the pro-life movement, and I would like to correct the record.

Neither Mr. Trump nor anyone associated with him or his campaign canceled a meeting or phone call with pro-life leaders, nor did they break any commitment, promise, appointment, or expectation.

In my role as National Director of Priests for Life, I arrange various events and conversations, some public and some confidential, between candidates and various leaders, groups, and activists in the pro-life movement. Moreover, we provide, in a non-partisan way, advice and information on abortion to any candidate or campaign seeking such advice or information.

Not everything the Daily Beast wrote was a lie; at times, they were factually correct, but dishonest. For example, take this line from their report:

Trump was reportedly expected to address Priests for Life and the 115 Forum conference during a conference call on Wednesday. But he bailed. Leslie Palma, a spokesperson for Priests for Life, told The Daily Beast that Trump did not dial-in.

Notice that, according to the reporter (Betsy Woodruff), the only thing the spokesperson said was that Trump did not dial-in. There was nothing about whether or not the candidate was supposed to call in - which is an indication the reporter never asked.

If Woodruff had asked the question and the spokesperson had said, "Yes, Trump was supposed to call and address the group," then Palma (the group's spokesperson) would have been identified as the source.

Instead, Woodruff reported her source as "a conservative operative with knowledge of the call." If the spokesperson was asked if he was supposed to call and said, "No," the reporter would have had to either kill the story, at the very least, write something like, "the organization denied that Trump was scheduled to call."

Ironically, the sub-title of Woodruff's Daily Beast post was "Unforced Error." Her mistake of not asking the organization's spokesperson if Trump was supposed to call in can only be described as an unforced error. Either she assumed that part of the story was true, or desperately wanted it to be true.

Politico also manipulated the truth. In their 5:10 p.m. update of the story (by Alex Isenstadt) on Wednesday, they wrote:

Rev. Frank Pavone, an influential social conservative activist who oversees Priest for Life, declined to address the Trump campaign’s statement that the mogul had never intended to address the group.

It is safe to assume that Father Pavone didn't address the Trump campaign's statement because he wasn't asked. After all, when he released the statement denouncing the story (see above) the priest said definitively, "Neither Mr. Trump nor anyone associated with him or his campaign canceled a meeting or phone call with pro-life leaders, nor did they break any commitment, promise, appointment, or expectation." It seems unlikely that Father Pavone would back up the campaign on Thursday while refusing to do so on Wednesday

In the end, we are left with the question of who to believe. While not a Catholic, I would take the word of a priest over that of reporters from the liberal media.

Both Daily Beast and Politico owe Trump an apology, but at the time of this writing neither website had issued a mea culpa.

NEWS: Trump to address anti-abortion conference today, one week after firestorm on the issue https://t.co/R2ZpF6O3fv