A pro-life display at Northern Kentucky University was vandalized less than two hours after it was erected on campus, reports Campus Reform.

This is the second year in a row that this has happened at NKU.

The display built by NKU’s Northern Right to Live had dozens of crosses, each representing ten children lost to abortion every day.

Two hours after the group set up the display, president of Northern Right to Live Maria Walker found about 35 of the crosses toppled over and a sign explaining the display missing. 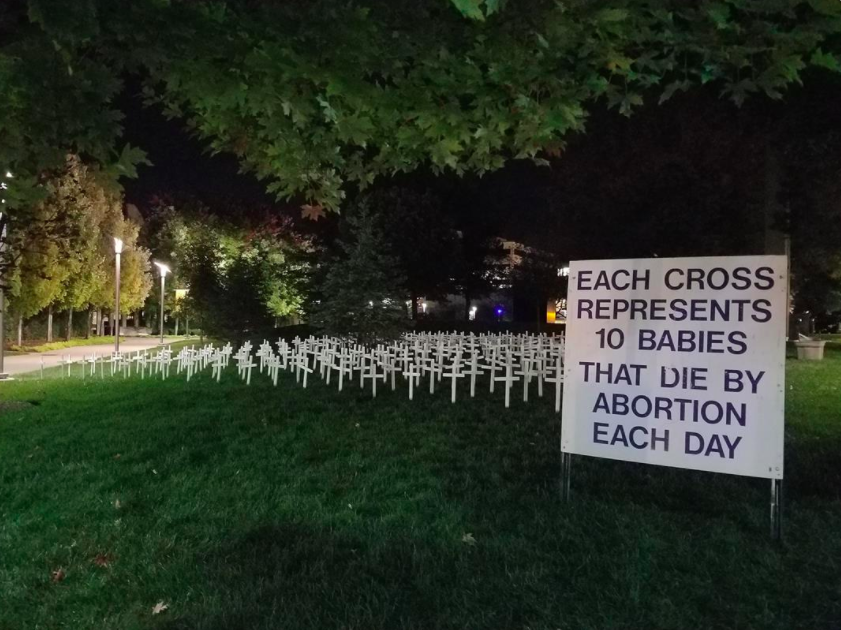 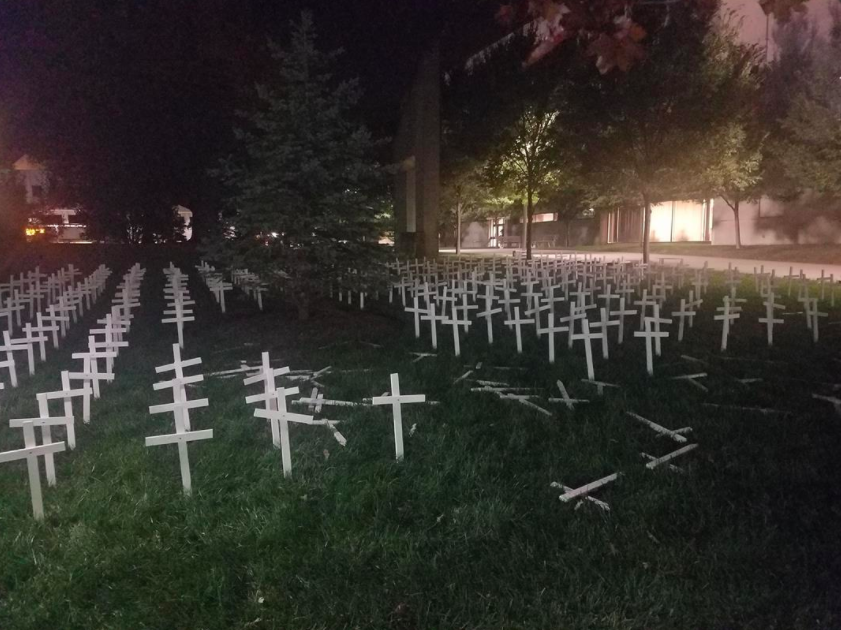 “This is very concerning to us because we are worried that NKU's campus is no longer a place for free speech. Not to mention that this vandalism is also a felony,” Walker told Campus Reform.

NKU issued a statement on Monday saying that “free expression is a core value that we hold dear” and that the university hopes the vandalism will “encourage an open dialog where we can come together and discuss this.”

"At NKU, we believe our country’s first amendment freedoms are a central pillar in higher education and free expression is a core value that we hold dear,” the statement reads. “The display of crosses on our campus represents protected free expression, and any damage to the display is interfering with someone’s exercise of free speech. We understand our students’ concerns around their display being damaged and encourage an open dialog where we can come together and discuss this. We fully support our student body in exercising their right to free speech and do what we can to protect it.”

According to local station WXIX, university police are investigating the incident, filed as misdemeanor theft and criminal mischief.