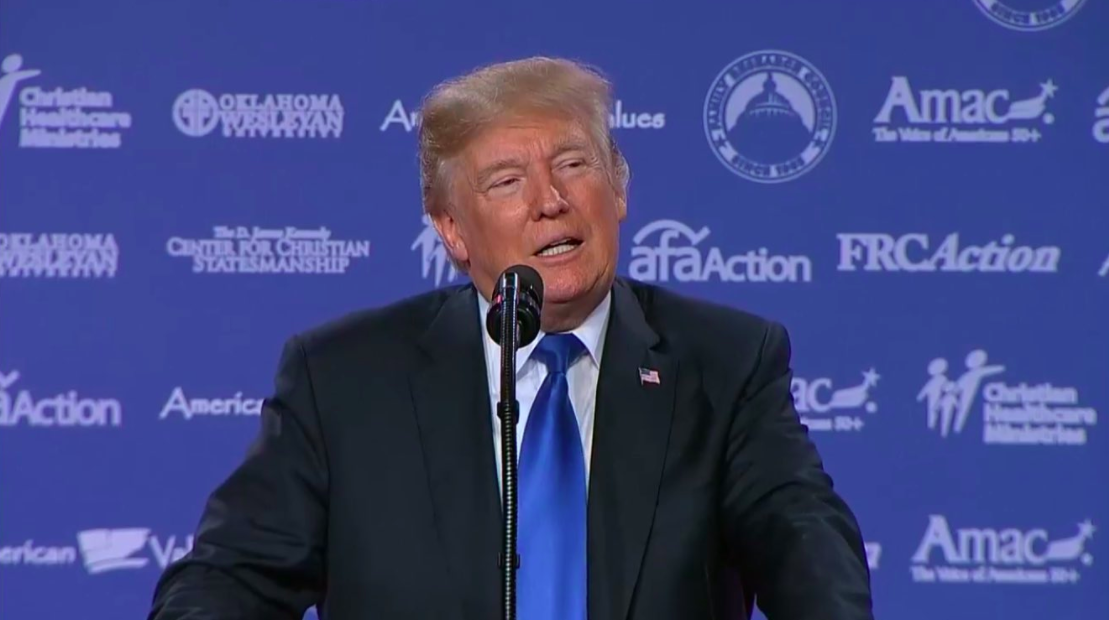 President Trump at the Values Voters Summit in Washington, D.C., on Friday vowed to defend Christian values and end the “war on Christmas,” telling an excited crowd of religious conservatives that this coming holiday season, “we’re saying Merry Christmas again.”

“We’re getting near that beautiful Christmas season that people don’t talk about anymore. They don’t use the word ‘Christmas’ because it’s not politically correct," he said, drawing rounds of applause from the audience at the Christian public policy conference sponsored by the Family Research Council.

“You go to department stores and they’ll say 'Happy New Year,' or they’ll say other things and it’ll be red, they’ll have it painted. But they don’t say — well guess what? We’re saying Merry Christmas again.”

He added that tax reform is his “Christmas gift to all of our hardworking families” – including increasing the child tax credit “to eliminate the marriage penalty” – and called on Congress to get it done.