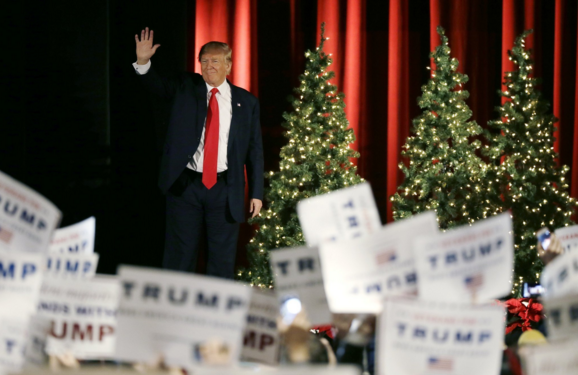 During a Friday night rally in Grand Rapids, Mich., yet another stop on his cross-country “Thank You Tour,” President-elect Donald Trump pumped up the crowd by saying that the phrase, “Merry Christmas,” will make a comeback in America under his administration.

Many on the Left say that the phrase, “Merry Christmas,” is offensive or inappropriate because it alienates people who celebrate other holidays such as Hanakkah, Ramadan, and Kwanzaa.

Some schools and even workplaces such as the Salem Veterans Affairs Medical Center last December have banned the phrase and the use of Christmas trees on their premises.

Do you agree with those who say that the phrase can be offensive or inappropriate? Or do you believe the phrase, "Merry Christmas," has a rightful place as a part of America's Judeo-Christian heritage? Let us know what you think in the comments section below!