Powerful Video: A New Way to Look at the True Human Cost of WWII

Filmmaker Neil Halloran created a new short film that shows the damage and body count of World War II in a new and depressing way. Using stick figures to represent 1,000 people or soldiers, Halloran tallies up the deaths of all countries involved.

Releasing his film on Memorial Day, Halloran starts out the film with the number of American soldiers that died on both the European and Pacific Theaters. The number that Halloran puts forth is just over 400,000 soldiers dead: approximately 75% of those deaths were in the European Theater.

On Omaha Beach during D-Day, 2,500 American men were killed. To put that into perspective, the total number of American deaths during the 13-year War in Afghanistan is around 2,200. And during the nearly three month battle at Okinawa, approximately 12,500 American soldiers were killed.

However, these numbers are very small in comparison to the rest of the war.

Poland was the first country to be attacked at the start of World War II during the German Blitzkrieg of 1939. Throughout the entire war, Poland lost approximately 200,000 soldiers. But the war was not exclusive to military deaths and casualties. 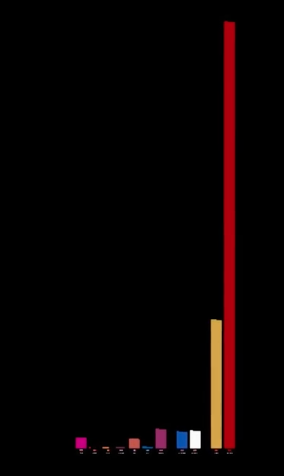 Through the actions of the German occupation, one-half of the 6 million Jews that were slaughtered in the Holocaust were Poles. In addition to the upwards of 3 million Polish Jews and 200,000 Polish soldiers, approximately 2 million non-Jewish Poles were killed under the German occupation. Over 5 million Poles, or 16% of the population, were dead after the end of the war.

Among the other Jews who were killed by the Germans, approximately 700,000 were Russians. The rest of the tally from the Holocaust came from 17 other countries. The mobile killing squads that patrolled Eastern Europe and Russia during the war killed approximately 1.4 million people, while the infamous death camp at Auschwitz killed 1 million people.

However many people were killed on the Western Front during the European Theater, the numbers from the Eastern Front are literally jaw dropping. The estimates of Soviet troops are not agreed upon by the various historical groups, so these numbers may in fact be more than reported by Halloran.

In the nearly six month Battle of Stalingrad, approximately 500,000 German soldiers were killed, with an additional 100,000 being captured by Soviet forces. Additionally, over 1 million Soviet troops were killed during the battle.

The most moving portion of the video, in my humble opinion, occurred when the total number of Soviet soldiers was shown. Using the stick figure to represent 1,000 soldiers as mentioned above, the screen is consistently scrolling up for over 30 seconds of silence as the body count just appears to continue for eternity. In total, the official Russian estimate puts the body count at 8.7 million men killed during the war. Halloran does mention that some estimates put the total at nearly 14 million Soviet soldiers killed during World War II. 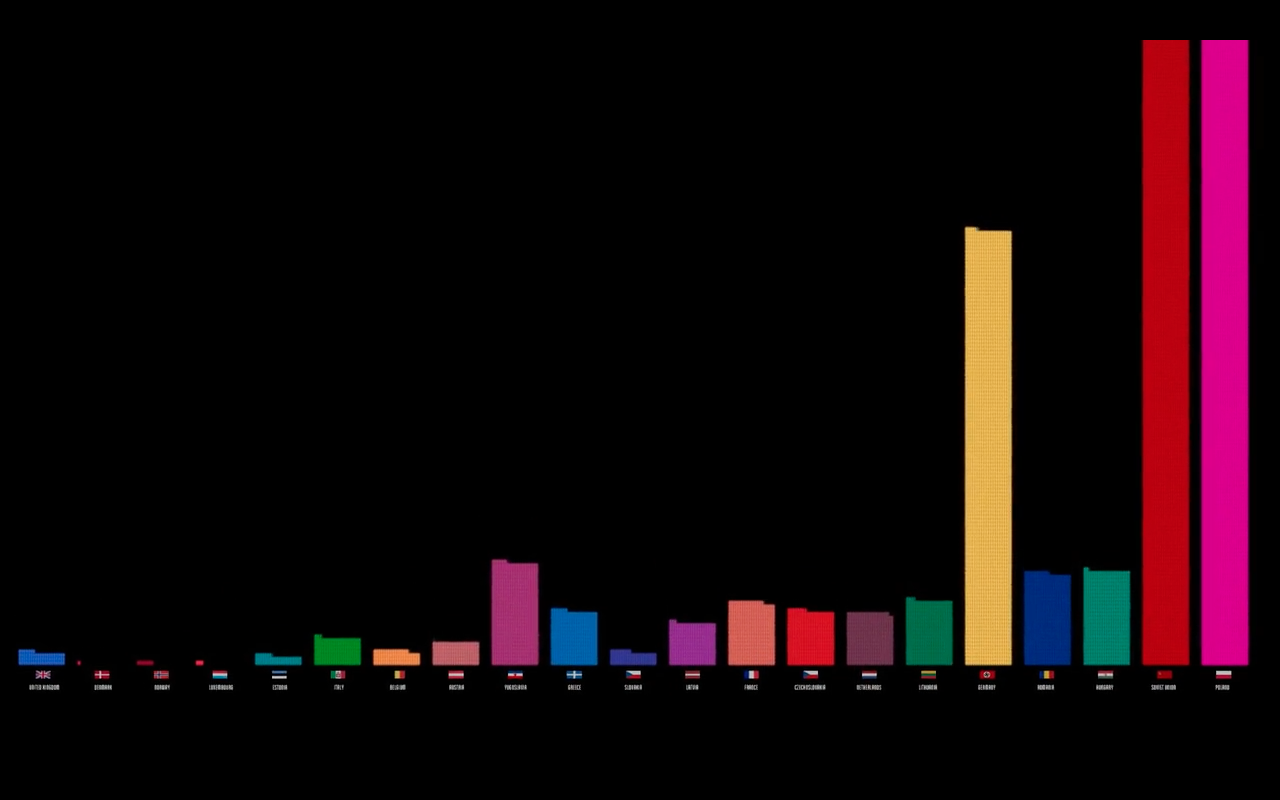 The total Soviet estimate mentioned is just the military deaths. The numbers of Soviet civilian casualties ranges from nearly 10 millions to upwards of 20 million deaths. During the two and a half year German siege of Leningrad, over 1.5 million Soviet civilians died. Soviet leader, Joseph Stalin also killed approximately 1 million Soviets in his gulags throughout the country.

For the European Theater, it is estimated that 41 million men, women, and children died during a six year span. However, this does not even mention the Pacific Theater.

Approximately 6 million people were killed throughout Asia as Japan committed war crimes ranging from scientific experiments to mass executions. In one scenario in China, Halloran describes how a group floods the Yellow River to slow down the Japanese advance, but ended up killing 500,000 Chinese civilians. To put this into perspective, by February 2005 the death count from the massive tsunami that rocked South Asia was at 169,752 people.

Between the European and Pacific Theaters, approximately 70 million people -- soldier and civilian -- died. In the nearly 80 years since, the largest 44 economies of the world have not fought each other in an open warfare. This development in international affairs has had an enormous effect on the way that countries interact and conduct peace with each other. While the world is certainly not peaceful, the extent to which the major countries are NOT fighting with each other has not happened since the Roman Empire, says Halloran.

This type of diplomatic relations came about because of the brutality of World War II, and we are still seeing the ramifications of that to this very day. Last week was Memorial Day, and while we should rightfully thank our soldiers who have fallen and given the ultimate sacrifice for the United States, it is beneficial to grasp the magnitude of World War II and the sacrifices that men and women gave all across the world.

**There is also an interactive version of the video that enables the reader to see what caused the high number of deaths for each country involved.