Poll: Women Support the Idea of Women in the Military, But Not if They’re Drafted 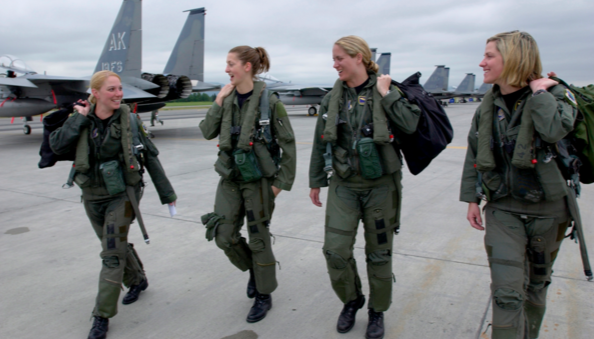 Although a majority of women believe that women should, theoretically, be allowed to serve in the military, less than half of women support the idea of women actually having to be forced to serve if there is a draft.

A YouGov poll asked 1,000 Americans, including approximately 500 women, what they think about women serving in the military.

Asked, “If the military draft were reinstated, would you favor or oppose drafting women as well as men?” only 19 percent of women claimed to “strongly favor” the idea while 27 percent said they “somewhat favor” the idea.

The poll found 40 percent of women either “somewhat oppose” (15 percent) or “strongly oppose” (25 percent) the idea of women being drafted. 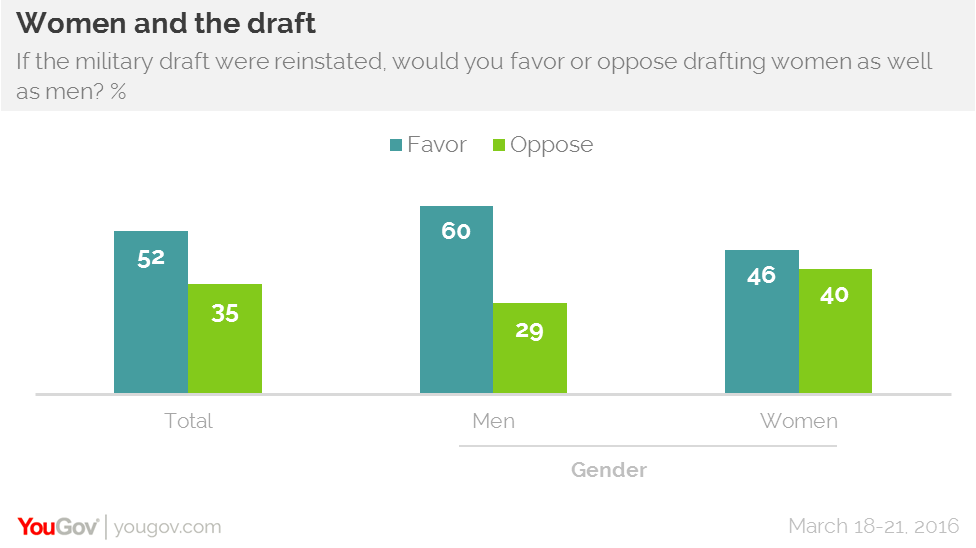 The YouGov poll was conducted through Web-based interviews from March 18-21. The margin of error is ± 3.9% (adjusted for weighting).