Despite efforts by student activists wholly focused on stripping citizens of their Second Amendment rights in the name of "school safety," a new Pew Research survey shows that a majority of teens believe focusing on mental illness would be the most effective way to prevent a potential school shooting.

According to the survey, an overwhelming majority of teens (86%) think preventing people with mental illnesses from purchasing guns would be an effective way to prevent gun violence in schools, including 57 percent who say it would be “very effective” and 29 percent who think the measure would be “somewhat effective.”

The second measure that gets the most support from teens is improving mental health screening and treatment:

Other measures that have a significant amount of support are having metal detectors in schools (79%) and banning assault-style weapons (66%).

The measure that seems to have the least amount of support is allowing teachers and school officials to carry guns in schools, with only 39 percent in favor. 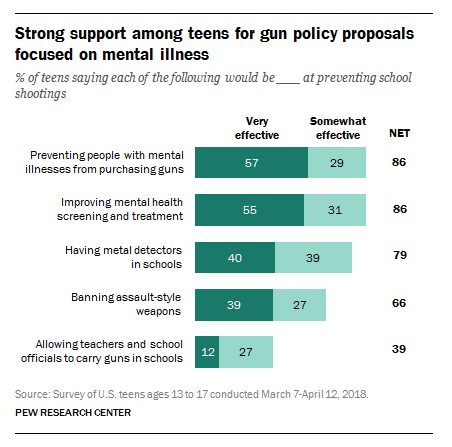 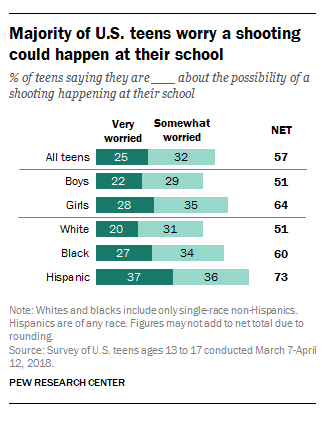