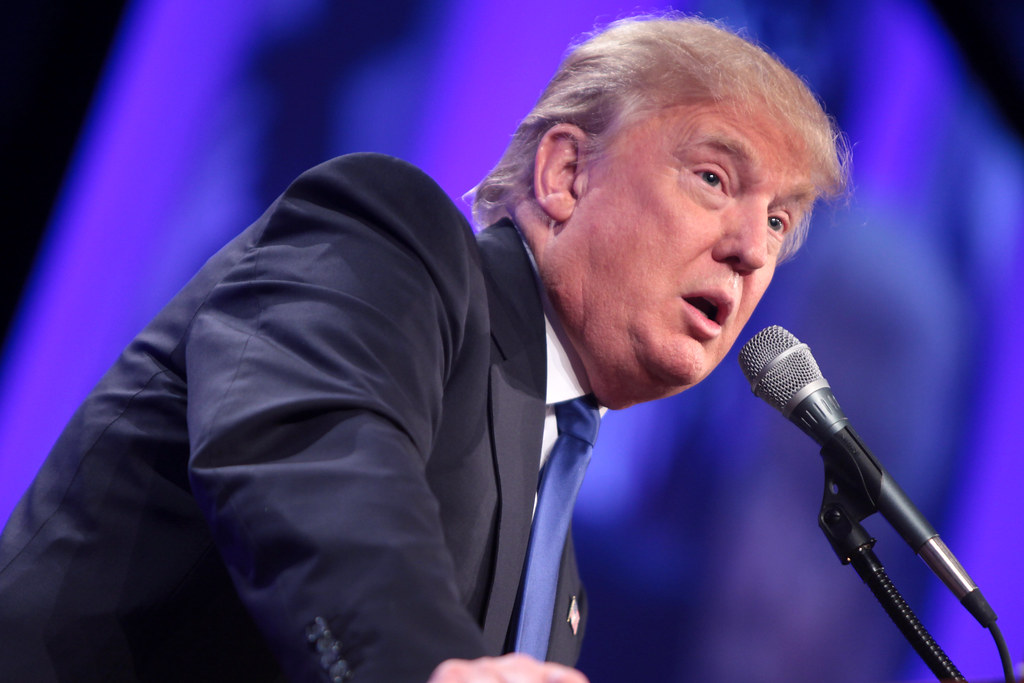 According to the latest Economist/YouGov poll, conducted from May 20-23, now 59 percent of Democrats believe Russia changed the tallies to swing the election for President Trump. 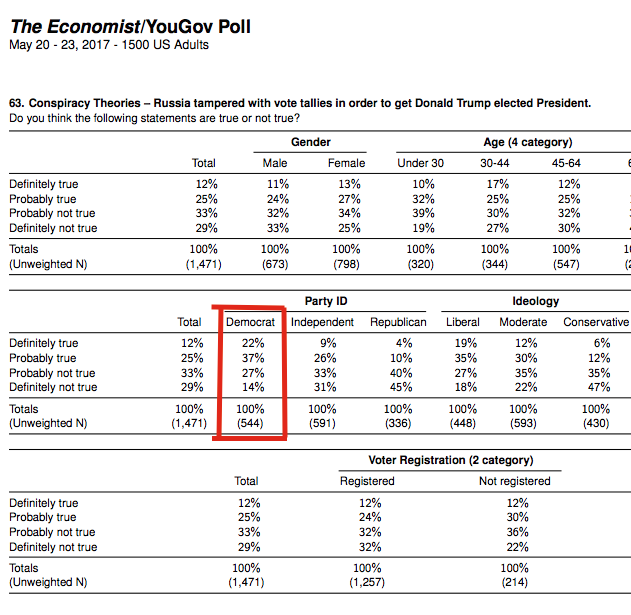 The survey of 1,500 American adults asked via Web-based interviews and the margin of error is ± 3% (adjusted for weighting).

More than half of Democrats believe Russians tampered with vote tallies in order to swing the election for President Trump.

An Economist/YouGov poll conducted from May 13-16 asked 1,500 American adults their opinions on certain conspiracy theories regarding the 2016 presidential election.

For Democrats, however, the numbers were much different.

The poll found 55 percent of Democrats responded they think Russia either “definitely” (23 percent) or “probably” (32 percent) tampered with the vote tallies in the election. 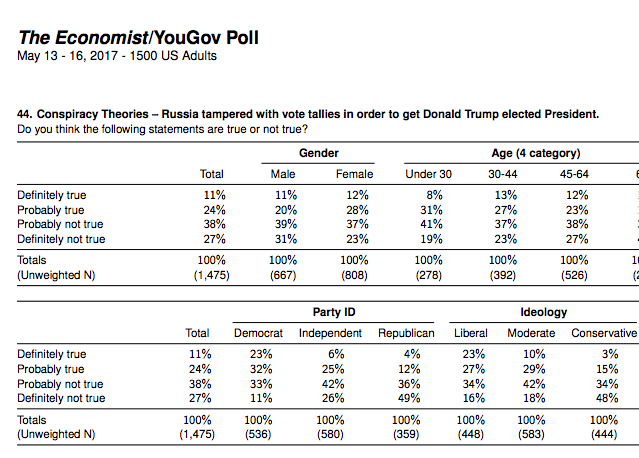 Similar results were found among registered voters who supported Clinton. The poll found 53 percent of Clinton voters think Russia tampered with the election results, while 45 percent said it is “probably” or “definitely” not true. 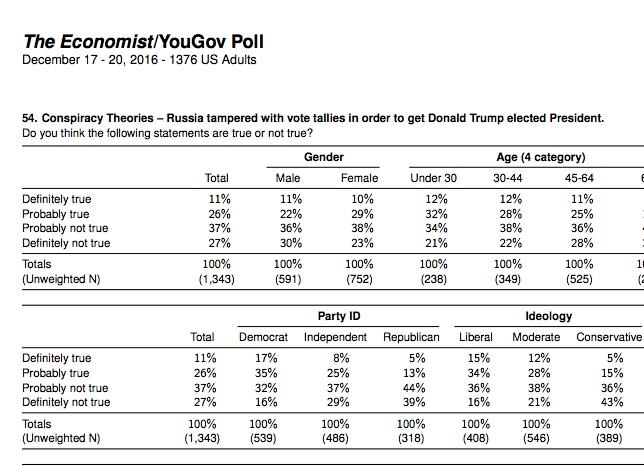 The FBI and the NSA have both stated there is no evidence of Russian hackers changing the vote in swing states to give the election to Trump.

The Economist/YouGov poll was conducted via Web-based interviews and has a margin of error of ± 3.2% (adjusted for weighting) and ± 3.2% for registered voters.