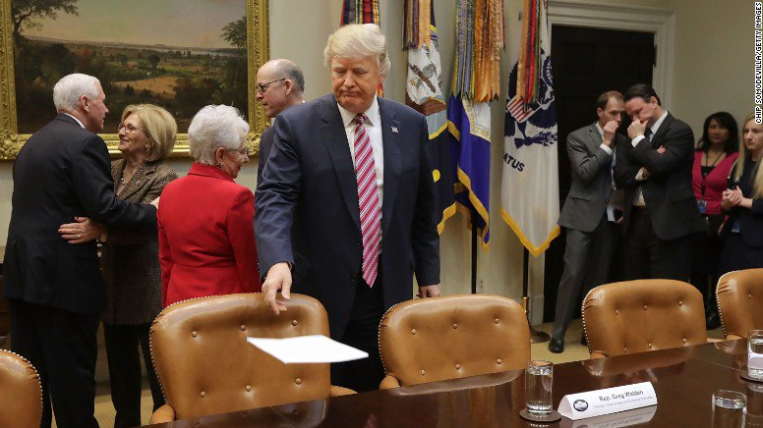 According to the data, 52 percent of Americans think race relations will get worse, compared to 26 percent who say they will improve, 18 percent who expect little to no change, and 4 percent who are unsure.

Along party lines, most Republicans (63 percent) are optimistic that race relations will improve under the Trump administration. Just 12 percent of GOP respondents feel otherwise.

Among independents, 54 percent expect race relations will deteriorate, as opposed to 24 percent who predict the opposite.

While the poll data appears gloomy, the percentage of Americans who say race relations have gotten worse is down 7 percent from 2015 -- then observed under the Obama administration. 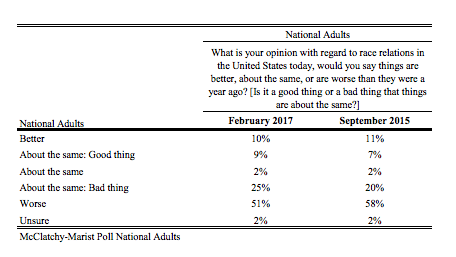