Poll: Majority of Americans Believe Obama has ‘Done Little or Nothing’ to Help the Poor and Middle Class

Most Americans believe the government of President Barack Obama has helped the rich, and believe it’s done “little or nothing to help” the poor or middle class, according to a Pew Research Center poll released yesterday. 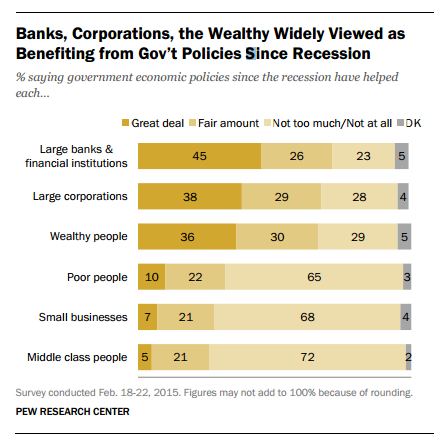 By contrast, the report says:

“Majorities say that large banks, large corporations and the wealthy have been helped a great deal or a fair amount by government policies.”

This is bad news for Democrats, who’ve marketed many of their policy fixes (like Obamacare) as solutions for the nation’s poorest.