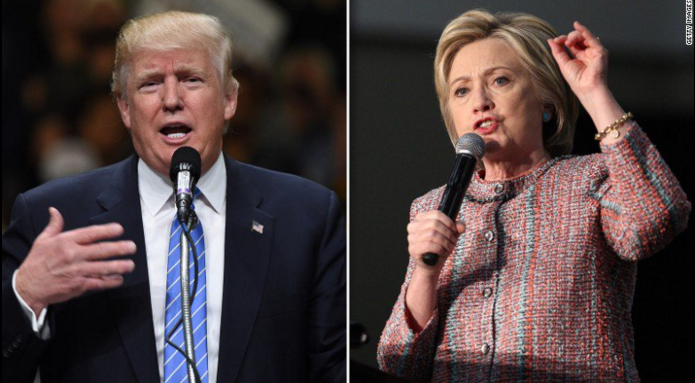 A recent Gallup poll finds that Americans prefer Donald Trump over Hillary Clinton to handle the economy, employment and jobs.

A slight majority of Americans favor Trump on the economy (53 percent) and jobs (52 percent), leading Clinton by 10 percent and seven percent respectively.

Clinton polled as the better candidate to handle issues such as education (61 percent) and healthcare (56 percent). 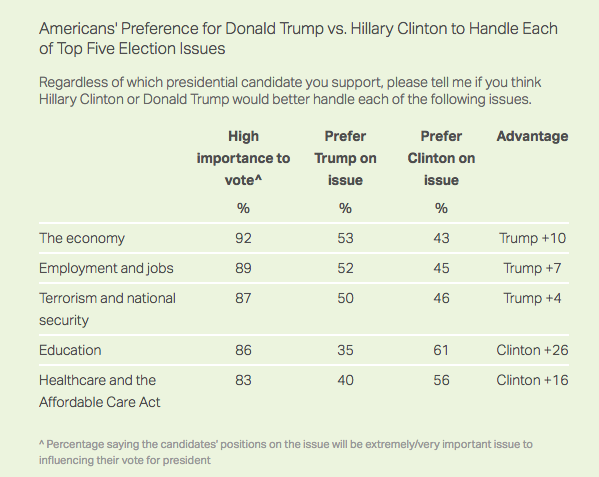 The economy remains the top concern among Americans, followed by immigration, healthcare, national security, and education, according to a May 18-22 Gallup poll that asked U.S. adults to rate the importance of 17 prominent national issues as they pertain to their vote for president this year.

“Overall, Trump leads Clinton in public perceptions of who would better handle eight of the 17 issues," Gallup writes. "Beyond his modest leads on the economy (+10) and jobs (+7), and slight edge on terrorism (+4), he leads on several lower-ranked concerns: the federal budget deficit (+18), the size and efficiency of the federal government (+14), regulation of banks and Wall Street (+11), taxes (+8) and gun policy (+5)." 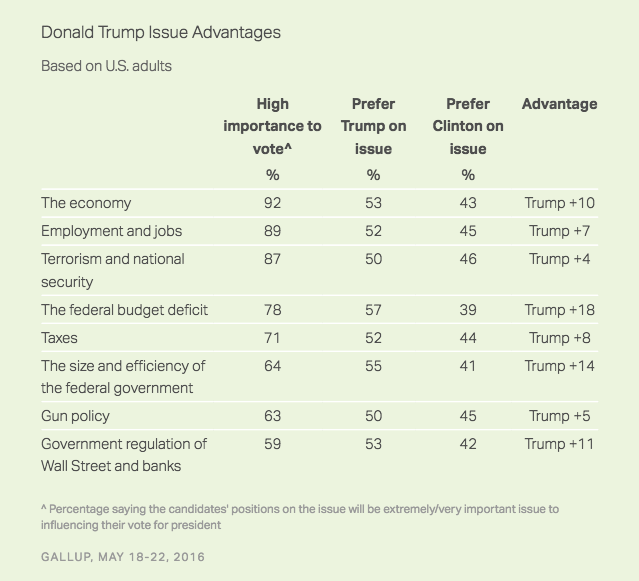 “Meanwhile, Clinton has advantages on eight other issues. However, aside from education (+26) and healthcare (+16) these tend to be lower-ranking concerns: climate change (+38), the treatment of minority groups in the U.S. (+38), social issues such as gay marriage and abortion (+33), foreign affairs (+21), income and wealth distribution (+8), and immigration (+8)," Gallup explains. 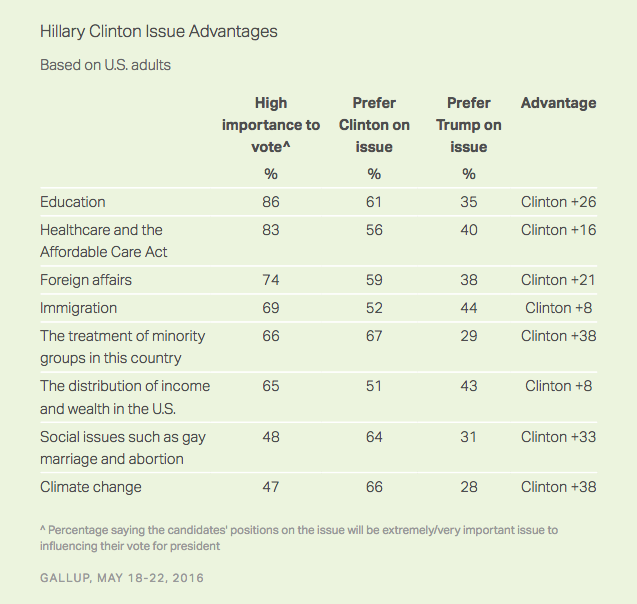 The only area where the two are tied is trade which has ranked low among Americans’ concerns this election cycle.