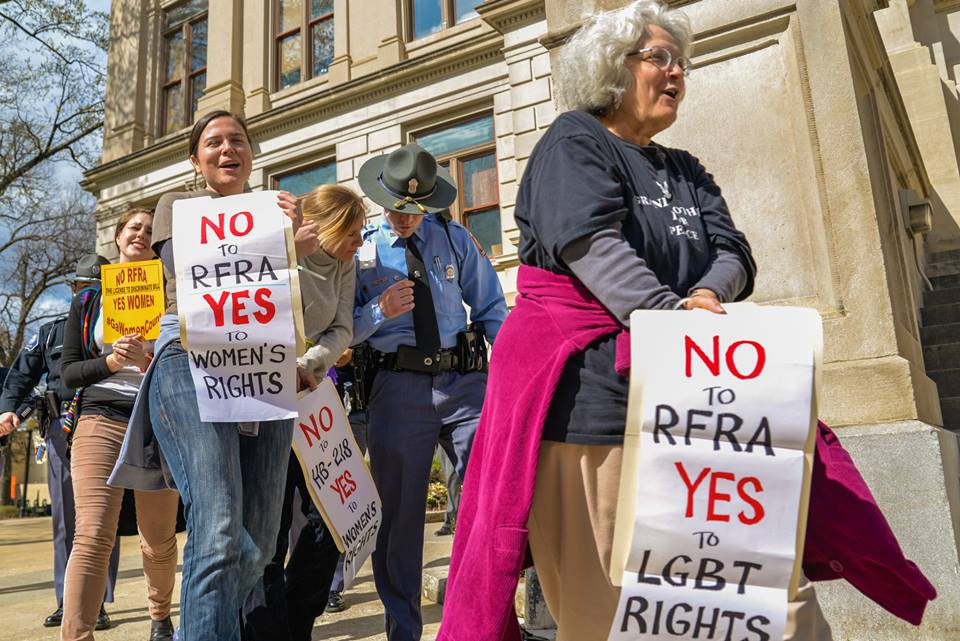 Fifty-seven percent of Americans support the right of businesses to refuse providing wedding-related services to gay couples on religious grounds.

Those were the findings of a AP-GfK poll, released in February of this year. The poll seems to be more relevant than ever due to the controversy surrounding the passage of Indiana's Religious Freedom Restoration Act (RFRA), which has led to protests and widespread condemnation from gay rights supporters.

The poll also found that 50% of Americans say that state and local officials who issue marriage licenses should be exempt from issuing a license to a a same-sex couple if doing so violates that official's religious beliefs.