According to the Mirror, the Metropolitan police confirmed the “allegation will be reviewed and assessed.”

In her allegedly controversial tweet, MailOnline columnist Hopkins mentioned a few of the recent Islamic terrorist attacks. She said, “Explosion in France, shooting at a German hospital, knife attack in London. And Ramadan has not yet begun. Without food these sods get nasty”: 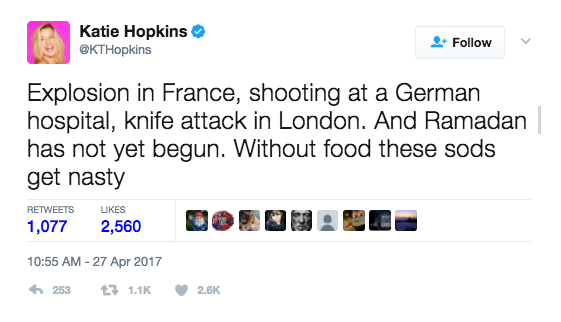 In response to Hopkin’s tweet, an individual identified as “Damian Isherwood” said he was reporting Hopkins for “a hate crime” because he believes her tweet “will incite racial violence” against Muslims.

In his post, Isherwood tagged the Metropolitan Contact Centre, a Twitter page to report non-emergency incidents. The Metropolitan Police instructed Isherwood to send them a private message so they can “take some further details”: 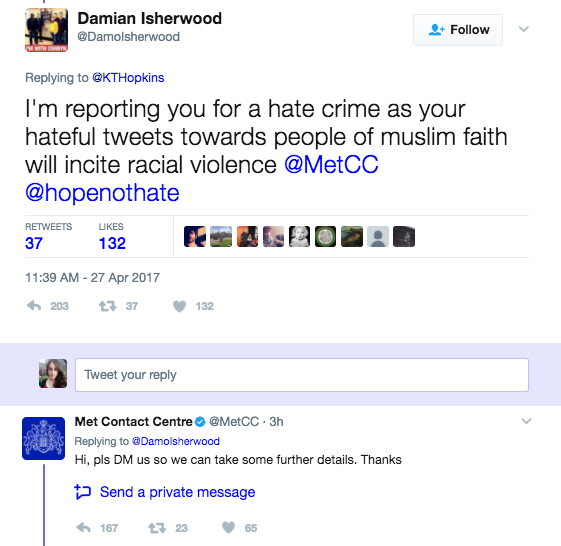 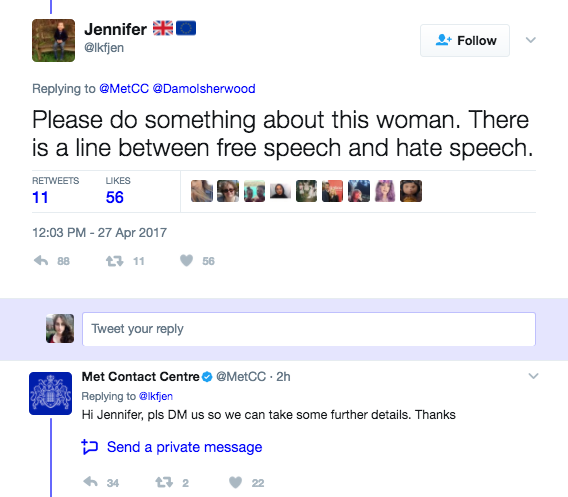