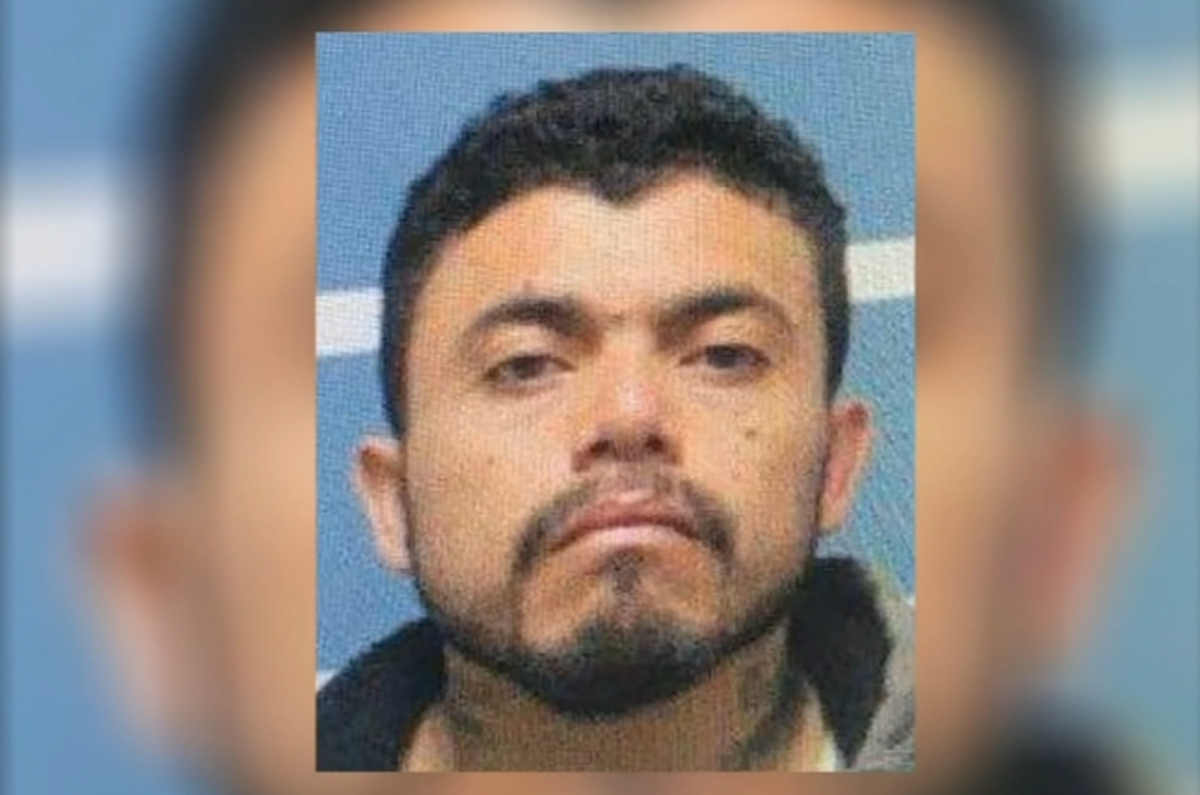 California police say they're fed up with their state's sanctuary city laws protecting criminal aliens after a previously deported illegal alien who'd been freed despite an ICE immigration detainer went on a crime spree this week in which he shot several people, killed another, carjacked a truck and finally lead California police on a high-speed chase that included a highway shootout and ended in a deadly car crash.

Fox News reports 36-year-old Gustavo Garcia, an illegal alien who’d already been deported twice and had a lengthy criminal record, was killed after what police have dubbed a day-long "reign of terror"when he crashed his stolen truck following a police chase in which he’d “purposely tried to smash into other cars.” The deadly crash left four others hurt, including one person left in critical condition.

Now, authorities are slamming California laws that bar them from cooperating with federal immigration officials to keep dangerous criminal aliens off the streets.

"We are very frustrated with the fact that the way the laws are set up currently that law enforcement hands are tied,” [Tulare County Sheriff Mike] Boudreaux said Wednesday, noting that in years past, Garcia – who had been in police custody shortly before the rampage -- would have been handed over to ICE in cooperation with them.

Police say the whole wild incident started around 1 p.m. Sunday when Garcia, who'd just been released from custody after being arrested for a misdemeanor charge of being under the influence of a controlled substance, shot a farm worker in Exeter. He then robbed a convenience store at gunpoint, where he fired multiple shots in the ceiling. By 7:30 p.m., he’d shot a woman in the arm and the chest at a motel for no explicable reason. Thankfully, both she and the farm worker are expected to recover.

At 1:30 a.m. on Monday, Garcia reportedly shot up a Shell gas station, followed by an Arco gas station where he killed a 51-year-old Rocky Paul Jones. He then went to his girlfriend’s house and started shooting in her backyard while she and her children were inside the home.

Garcia also shot into another house in the area before leading police on a short chase, during which he shot and hit sheriff’s cars while officers fired back. After crashing his own car, Garcia reportedly stole a truck from some farm workers and launched another chase in which he deliberately tried to hit as many other cars as possible.

The bizarre crime streak finally came to an end after Garcia hit four other cars, killing himself and leaving four others injured. 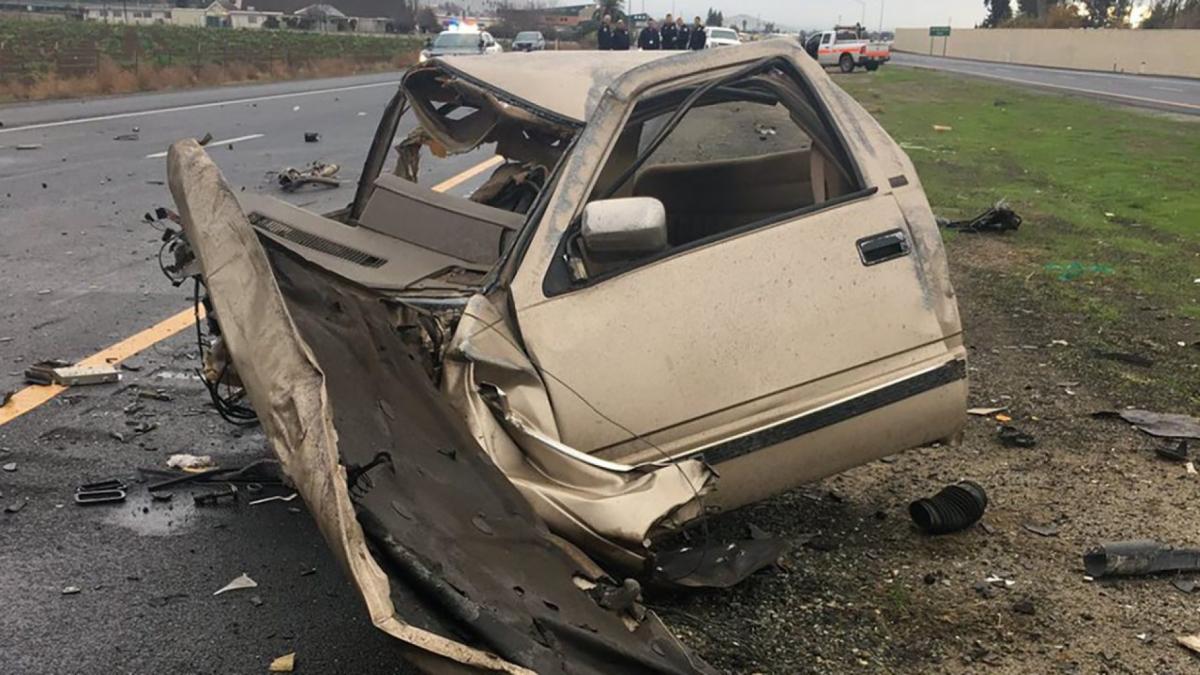 (Remains of one car hit by Garcia's stolen truck during a high-speed chase with California police: Tulare County Sheriff)

According to police, the violent outbursts seemed to be aimed at no one in particular.

“It appears his rampage and his acts of violence were random and they were not chosen targets, which makes it even more dangerous,” Boudreaux told reporters. “This person was targeting anyone who got in the way.”

Boudreaux added that he would have liked to have turned Garcia over to immigration officials when he was first being held in local custody, but said California's sanctuary laws banned him from alerting them to Garcia's release.

Fox News added Boudreaux declined to give details about Garcia's current immigration status or what country he was from. However, ICE did confirm they'd lodged an immigration detainer against Garcia before he was released from custody and before his deadly rampage, adding that detainer was ignored.

“That detainer was not honored, and he was released from custody later that day without any notification to ICE," immigration officials said, noting Garcia's crime spree “is an unfortunate and extremely tragic example of how public safety is impacted with laws or policies limiting local law enforcement agencies’ ability to cooperate with ICE."

However, the Fresno Bee reports Garcia had been arrested for crimes including illegal firearm possession and meth in a record that dates back 16 years, as well as three other immigration violations. He'd also been deported twice previously, in 2004 and 2014.