Police: Arrested Shooter of Ferguson Cops WAS A Demonstrator 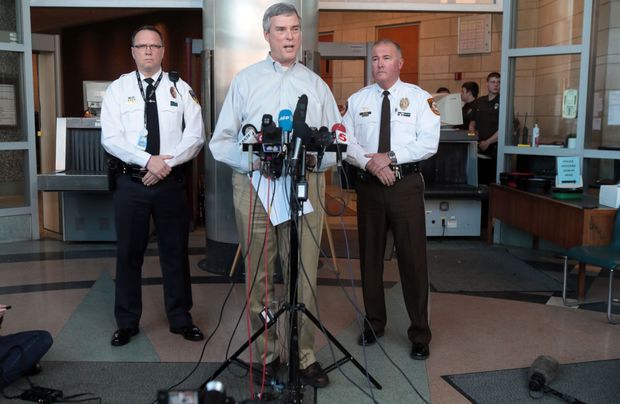 McCulloch also acknowledged the defendant was one of the demonstrators in front of the police building earlier that day and on other occasions.

According to the prosecutor, Jeffrey Williams admitted firing the shots, but claims he wasn't aiming at the policemen, reports the NY Times:

He said that Mr. Williams, who is from north St. Louis County, was inside a car “at least for some of the shots.”

The weapon used was a .40 caliber handgun, Mr. McCulloch said, and the authorities have recovered it.

“It was possible he was firing shots at someone other than the police, but struck the police officers,” Mr. McCulloch said.

Mr. Williams was in custody, Mr. McCulloch said. He stressed that the investigation was continuing and that additional arrests may be made. The suspect was found through information provided by community members.

When asked by a reporter if the defendant came from the ranks of the protesters outside the Ferguson police department, McCulloch responded:

According to the NY Times report, as soon as McCulloch made his announcement, "several protest leaders quickly took to Twitter to say that Mr. Williams, who is African-American, was not one of them."

The prosecutor "stressed that the investigation was continuing and that additional arrests may be made."

He added that it doesn't matter who Williams' target was, the charges would be the same.