Planned Parenthood is perhaps one of the most inaccurately named organizations on Planet Earth. A slaughterhouse named “We Hug Cows” would probably be more truthful.

The group cares nothing about helping women plan for parenthood. In fact, according to one shockingly revealing admission on the organization’s Twitter feed, they’re dedicated to the exact opposite. 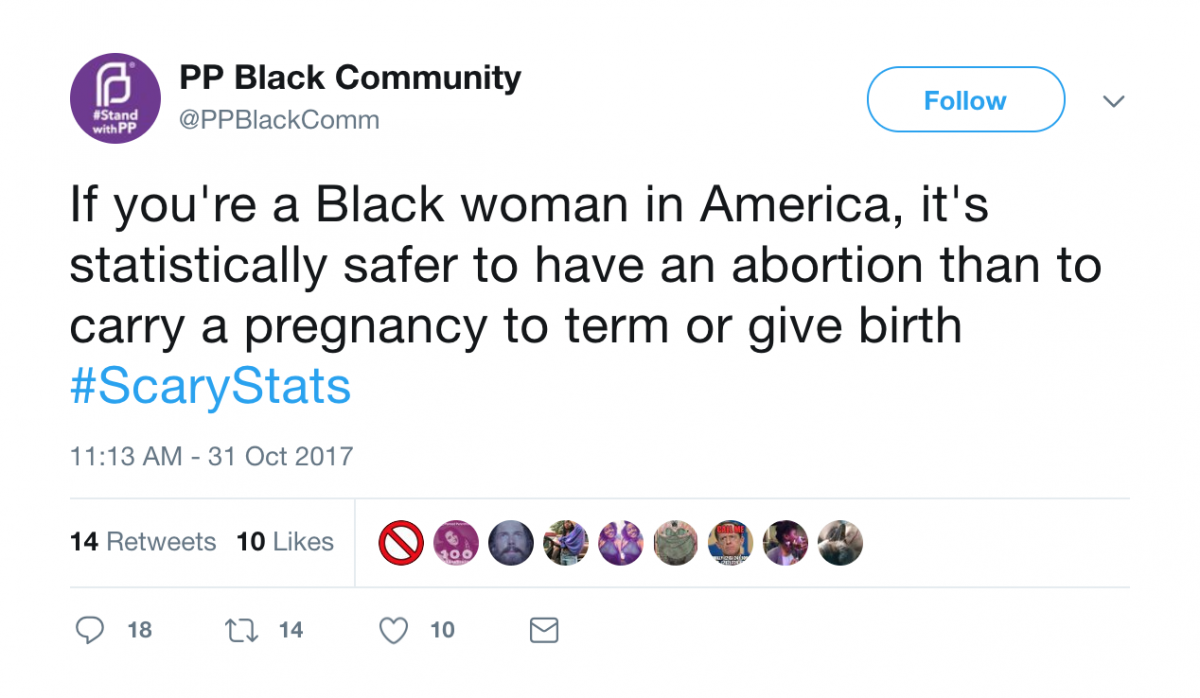 It really can’t get much more plain than that.

Setting aside the simple fact that abortion always leaves at least one person dead – thus carrying a mortality rate of 100 percent for its littlest victims – Planned Parenthood’s tweet reveals the group’s Satanic, twisted agenda. If you’re a woman –particularly a black one – Planned Parenthood has exactly zero interest in helping you plan to become a parent.

They’re not here to offer you prenatal care, made clear through their near-total lack of such services. They won’t offer you an ultrasound unless you plan to terminate your pregnancy – and even then, they won’t let you see the heartbeat on the monitor. They’ll hand out birth control and morning-after pills in Pez dispensers, but you won’t find a single mammogram machine to help you deal with your higher post-pregnancy risk of breast cancer.

Simply put, they don’t want you having kids.

Why? Well, probably because they make their money in abortions. When women decide to carry their babies to term and give birth, it hurts their bottom line. Based on Planned Parenthood’s own data, the organization makes up to $975 for a single first-trimester medical abortion, in which a woman takes a series of pills that prematurely induce labor. This cost is either born by the woman herself, her insurance company, or her state’s Medicaid program.

And that’s nothing compared to the cost of abortions performed in the second and third trimesters.

According to the pro-abortion Guttmacher Institute, the average cost of a second-trimester abortion is around $1,500, and it only goes up from there. Jezebel, a far left-leaning, pro-abortion site, recently interviewed one woman who aborted her son at 32 weeks at a cost of $25,000.

At more than 320,000 abortions performed per year and next to no prenatal services, Planned Parenthood is making bank off the slaughter of children. What’s even worse is how the black community is disproportionally affected by this genocide. While blacks make up only about 13 percent of the U.S. population, they account for roughly 35 percent of all abortions.

Simply put, the more black women Planned Parenthood can convince to abort their children out of desperation and fear, the more money they make.

Then again, this is pretty par for the course for Planned Parenthood, which was founded by an openly racist eugenics enthusiast.