Because taking your tax money to use in their effort to kill babies isn’t bizarre and twisted enough, Planned Parenthood has now moved into the realm of creating creepy poetry against Supreme Court nominees.

PP's new president Lenana Wen recently said, “Health care shouldn’t be political." So it should come as no surprise that the organization's political branch, Planned Parenthood Action, tweeted out the poem you see below on Thursday. 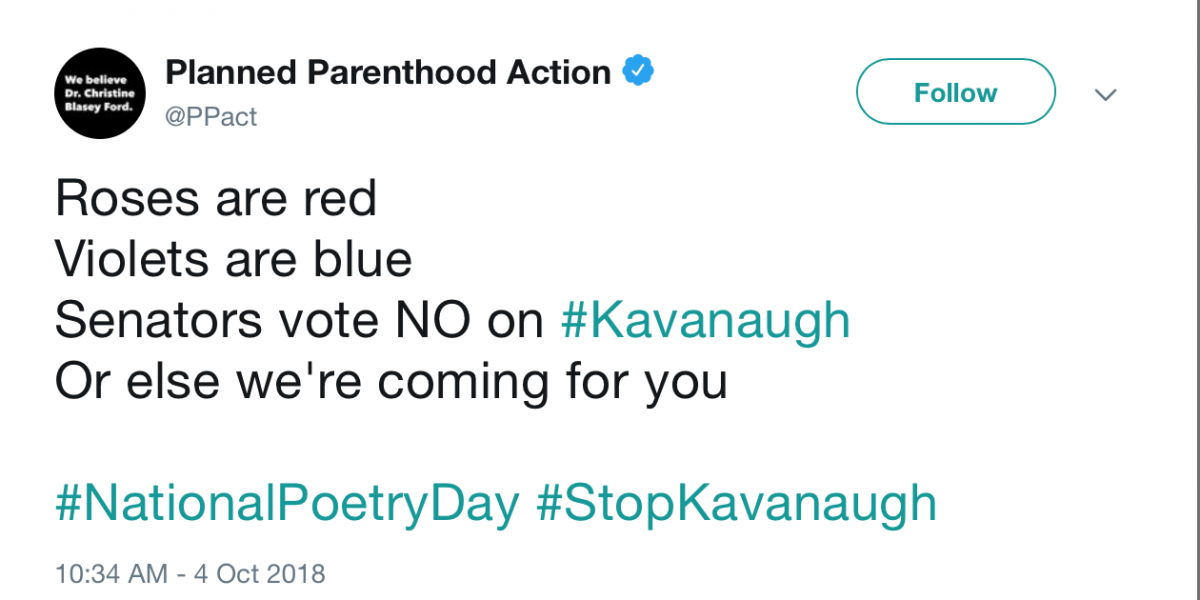 Is “Or else we’re coming for you” a threat? It’s certainly could be considered scary stuff coming from an organization that a House Committee concluded was ripping apart babies and selling their parts for money.