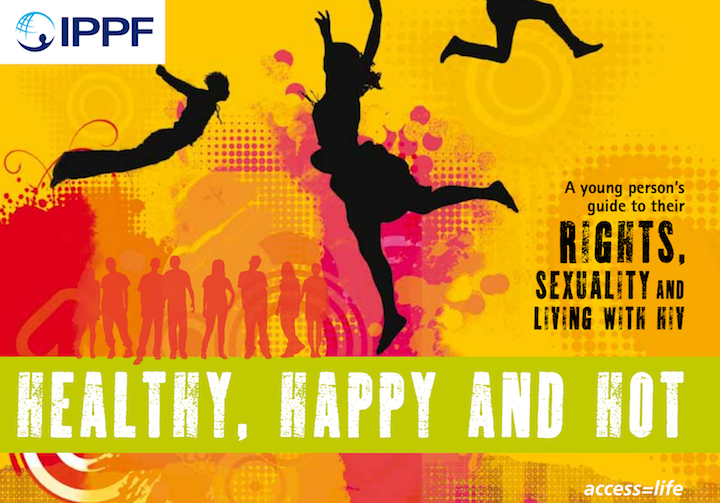 According to the U.S. Government's Center for Disease Control (CDC), "Once you have been diagnosed, you will be asked to identify your sexual and needle-sharing partners, so that they can be told that they have been exposed to HIV and need to be tested. Partner notification is one of the most important ways to prevent the spread of HIV. (It’s also important, of course, that you use a condom during sex and don’t share needles.)"

However, according to "Healthy, Happy and Hot," Planned Parenthood's  booklet for young people with HIV, it is not necessary to tell a sex partner about one's condition because, "People in long-term relationships who find out they are living with HIV sometimes fear that their partner will react violently or end the relationship."

While the CDC emphasizes the need to share HIV status with sexual partners, Planned Parenthood stresses the "rights" of the person with the disease - but, not those of the unknowing partner.

"Young people living with HIV have the right to decide if, when, and how to disclose their HIV status"

Some countries have laws that say people living with HIV must tell their sexual partner(s) about their status before having sex, even if they use condoms or only engage in sexual activity with a low risk of giving HIV to someone else. These laws violate the rights of people living with HIV by forcing them to disclose or face the possibility of criminal charges.

This is the same organization that pushes abortion by saying that no one should be able to tell a woman what to do with her body.  "Low risk" is not no risk. Shouldn't a woman (or man) have the right to know if they are exposing themselves to HIV?

The booklet does encourage safe sex as a protection against the transfer of HIV:  "Male and female condoms are great tools for preventing the transmission of HIV and other STIs as well as unplanned pregnancies." But, according to the CDC,  "Although highly effective when used consistently and correctly, there is still a chance of getting HIV if you only use condoms, so adding other prevention methods can further reduce your risk."

Planned Parenthood also explains, "There are other ways that you can somewhat reduce the risks of HIV, other STIs, and unintended pregnancies without using condoms."

Nowhere in the 20-page booklet does it describe the only 100% fool-proof way of preventing the transfer of HIV, which is avoiding sexual contact all together.  Remember, this booklet is not for the adult who can make a rational decision with their partner about sexual contact if one has HIV (the subtitle of the booklet is, "A young person’s guide to their rights, sexuality, and living with HIV.")

Somehow, it is not surprising that an organization which aborts babies and sells their body parts is teaching young people that it is not necessary to tell a sexual partner if one is carrying the HIV virus.

The pamphlet concludes with:

Look for support and services that

Respect your dignity, right to freely make choices about your body and health, and help you live positively. This includes respecting your sexuality and your right to pursue pleasurable and safe sex and positive parenthood.

To Planned Parenthood, the HIV sufferer's sex partner is like the unborn child - they have no right to freely make choices about their body and health.