In a quickly-deleted tweet that reveals the extent of their pro-abortion extremism, a Planned Parenthood affiliate in Keystone tweeted their support for “a Disney princess who’s had an abortion,” among other...well, very adult themes. 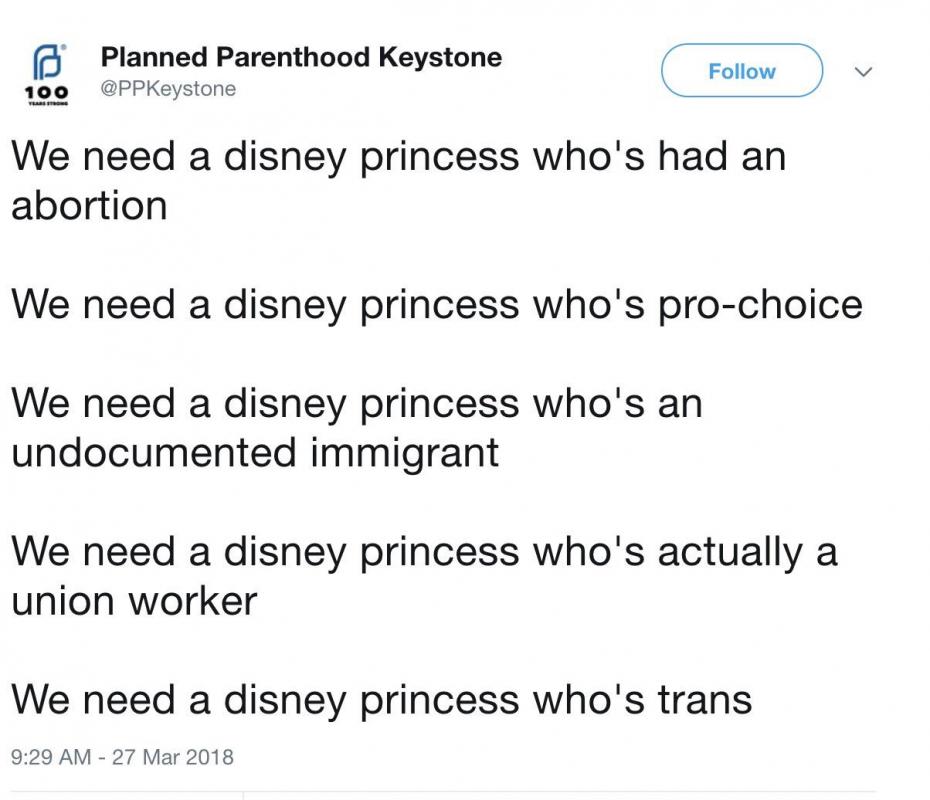 Because the adult topics of having unprotected sex or chopping off your bits fit right in there with wearing pretty dresses and turning pumpkins into carriages.

Before it was deleted, Planned Parenthood’s tweet had wracked up hundreds of responses and very few “likes,” a strong indicator that people weren’t taking too kindly to the suggestion that the next Disney heroine get knocked up by Prince Charming and have to deal with a crisis pregnancy in between dancing with talking squirrels to some Phil Collins ballads.

Here are just a few reactions we snagged:

I just threw up in my mouth a little.

We need a disney princess who falsely claims rape and sexual misconduct.

While Planned Parenthood’s suggestion of introducing heavy and grotesque adult themes into children’s cartoons clearly went over like a lead balloon, it’s worth noting that Disney, a company that largely specializes in entertaining children, sits on Life Decisions International’s list of companies that either donate directly to Planned Parenthood or give to groups like Susan G. Komen, which then funds the abortion giant.

Because, you know, that worked out really well for Toys R Us.