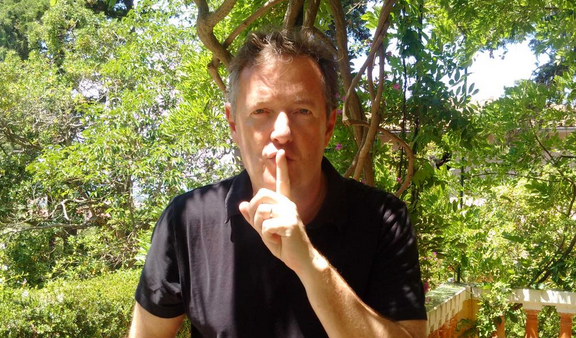 In the midst of debate surrounding use of the "n-word" and the meaning behind the Confederate flag, former CNN personality Piers Morgan took to Twitter to share his two cents.

Morgan argued that both the n-word and the Confederate flag serve as “sickening” reminders “of America’s shameful past.”

The British journalist took his rant a step further by saying that, if he had the authority to do so, he would jail all, quote-on-quote, "white people" who have the audacity to use the hotly contested word.

“What would I do with white people who use the N-word? Jail them,” Morgan tweeted.

Some Twitter users applauded Morgan for speaking his mind. Others criticized him as hypocritical for exercising his free speech to advocate for the censorship of others'.

“As much as I agree with it being a horrible word, it should be the same for black people,” said another.

Given how half white, half black President Obama used the n-word in an interview on Monday about how racism still exists in America today, one Twitter user asked Morgan,

The President's jarring comment and Piers Morgan's tweets come at a time where the nation finds itself enthralled in a heated discussion over the role of race in recent tragedies such as the Charleston massacre that took place just this past weekend.

How can the n-word be considered hate speech when used by whites and culturally acceptable when used by blacks? Should African-Americans - by virtue of their heritage and ancestry - be the only ones allowed to use the word as they see fit? Or should the word be banned altogether along with the Confederate flag for its connection to acts of racism?

Let us know what you think in the comments section below.

white people who use the n-word should go to jail