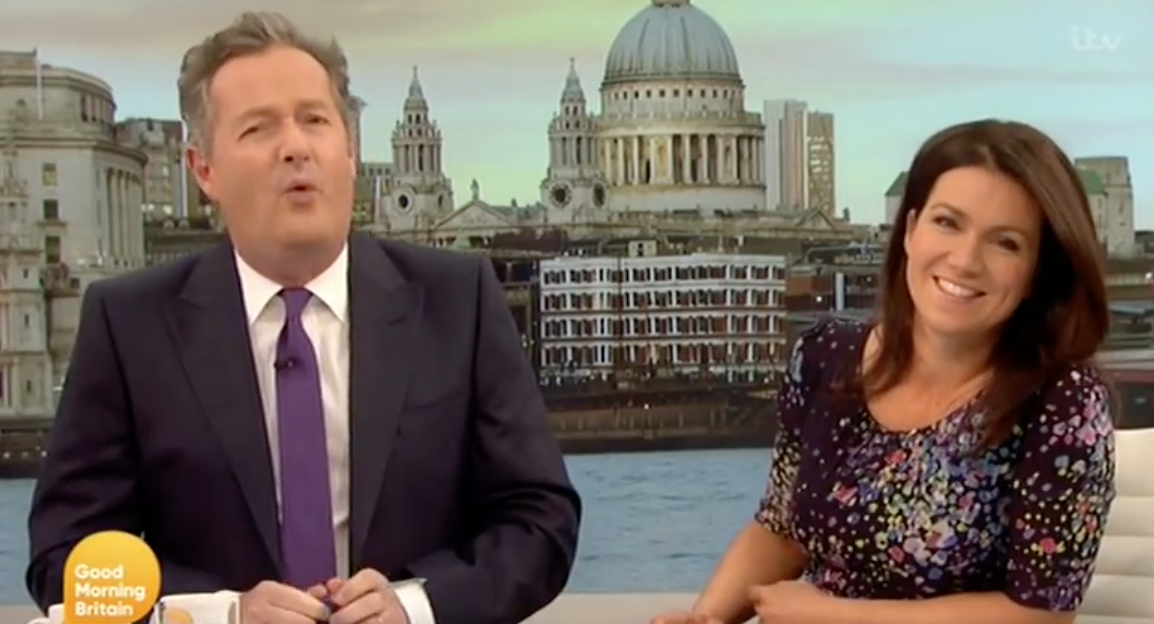 Did Piers Morgan just shoot a hole in modern feminists’ mentality boat? The answer is yes, because in the search for “equality” for women, feminists are sinking their own cause.

“Gender neutral awards,” Morgan began the broadcast. “Just what the world was craving.”

Morgan’s co-host Susanna Reid posed a question to Morgan that prompted his revelation.

“Well, congratulations to Emma Watson,” Reid said, “but haven’t they [MTV] actually just cut in half the number of awards they’re giving out?”

Morgan’s response was nothing short of priceless:

What’ll now happen is that women will probably win a lot less awards, because they made them gender neutral. And there’s more male actors, so actually, by trying to get equality you end up with more inequality. It’s a masterpiece, really, of political correctness.

This is just another prime example of the media’s, and the government’s, attempt to control people’s mindsets through political correctness. PC culture is a boil on the ass of society.

Think about the term.

In other words, people need to be in lockstep with the scrubbed down version of society and fall in line with the powers-that-be political ideology.

And that is what is happening here. By pushing for equality, PC weaklings have essentially limited their participation trophies.

I’m sorry. What rights does a man have that a woman doesn’t? Yeah, I couldn’t think of anything either.

Morgan continued his sarcastic, yet befuddled take on gender neutrality as perpetrated by PC culture.

“Eventually, I just smash my head into a brick wall,” Morgan continued, “which, of course, is a great crowd pleaser.”

Trust me, Piers. We understand.

For video of Morgan's comments, watch below: