Piers Morgan has weighed in on a controversy regarding Nicki Minaj, enraging the segment of the Internet known as “Black Twitter.”

Last night, Minaj tweeted she felt she had been snubbed by the Video Music Awards. According to Minaj, if she were a “different ‘kind’ of artist,” her vulgar “Anaconda” video would have been nominated for the Best Choreography and Video of the Year awards: 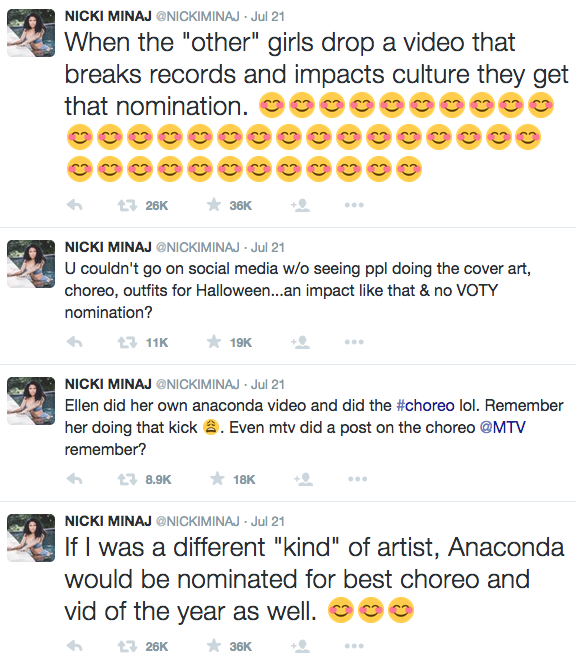 This set off a feud with Taylor Swift, as Nicki implied Swift’s video was nominated because it “celebrates women with very slim bodies”: 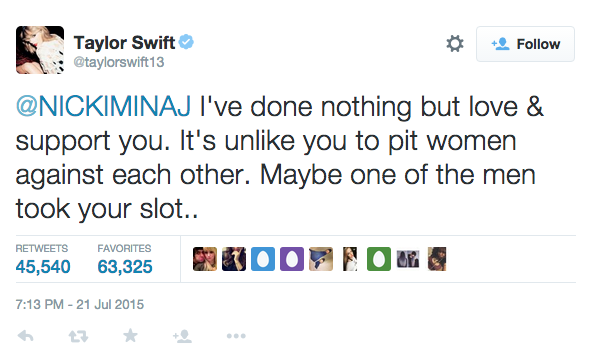 This afternoon, Morgan warned “Black Twitter” he had an article coming out that would address the spat: 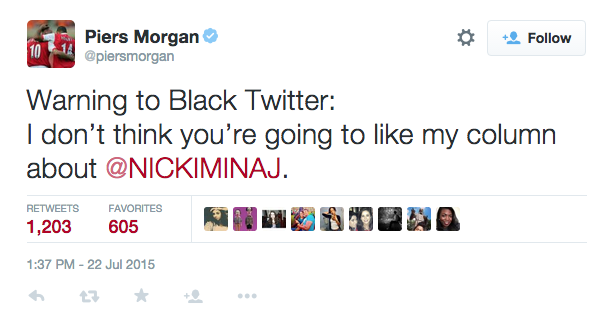 In Morgan’s article, he highlighted his own interactions with “Black Twitter.” When Morgan had tweeted “all lives matter,” “Black Twitter” dubbed him a white supremacist:

“So I have every sympathy with Taylor, who did absolutely nothing wrong.

And I have no sympathy with Nicki Minaj, who emerges as a whiny brat that just doesn’t like losing.

Her charges of racism and big-bodyism are frankly laughable when you consider that three of the five nominations for Video of the Year are black artists.

And one of them is Beyonce, whose own body is far more aligned to the Minaj school of physical beauty than Taylor Swift’s.

Further, 43 of the entire list of 75 nominations for this year’s VMAs include black artists.

Oh, and Minaj herself gets three nominations in other categories.”

“For Nicki Minaj, who is indisputably very talented, to play the race card just because her video didn’t get the nomination she wanted is a cheap piece of faux outrage deliberately designed to stir up unnecessary racial tension where it shouldn’t exist.”

Predictably, Twitter users did not like Morgan’s article. Users announced “no one cares,” while his name became a trending topic: 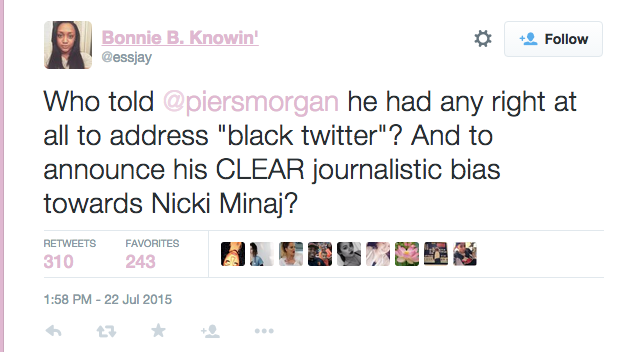 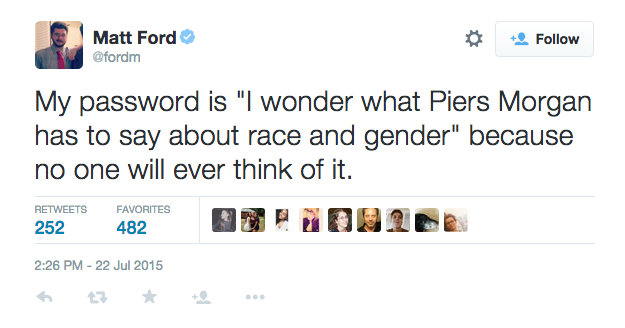 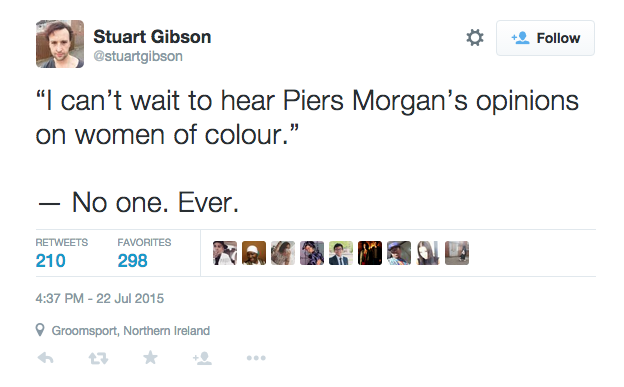 He was also accused of being a racist and making a living off of baiting black people: 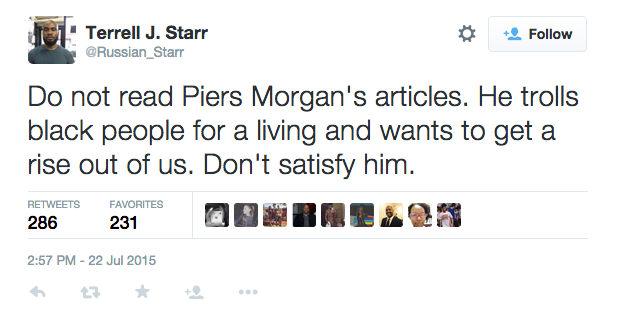 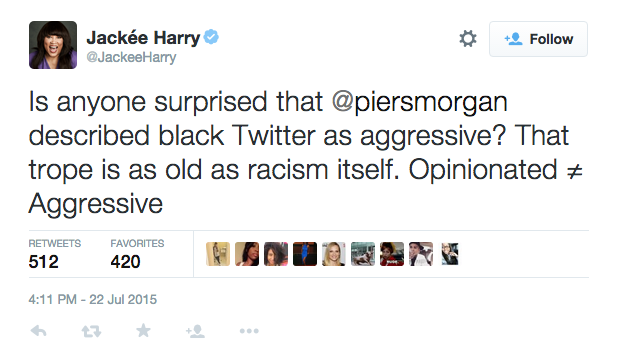 Other users opined that although Morgan's article was right, it should “never be said by a white guy”: 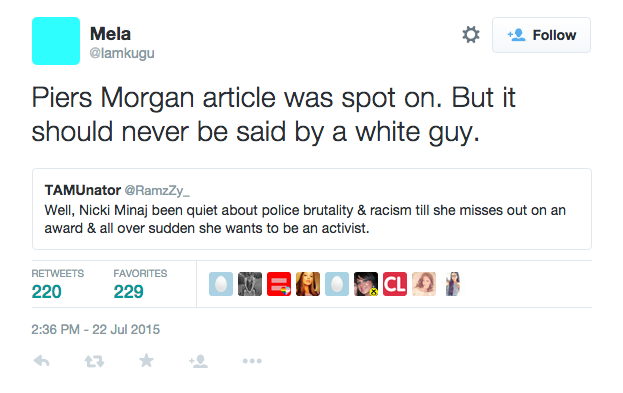 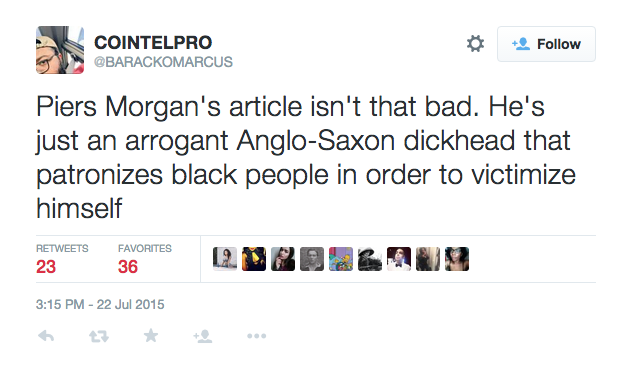 Salon joined in on the outrage, penning an article titled, “Piers Morgan’s incoherent attack on Nicki Minaj and ‘Black Twitter’ is as racist as advertised."

By simply pointing out Minaj should not have used the “race card,” Twitter—and the media—jumped on Morgan for being white man and therefore, a racist.