At least 21 papers ran with identical anti-Kavanaugh letters over a four-day period, each signed by a different person, before the coordinated agenda was uncovered.

The Daily Mail UK reports, big-market brands like the Dallas Morning News, The Boston Herald and The Washington Times ran identical letters each "signed" by a different person.

Brett Kavanaugh is the wrong choice to replace Justice Anthony Kennedy on the Supreme Court. If he is confirmed to the Supreme Court, everything that we hold dear as a nation will be at stake.

From protecting a woman’s right to choose to dismantling The Affordable Care Act, Judge Kavanaugh could be the swing vote that takes away our rights. His lifetime appointment would also mean he could also cement the Citizens United decision for decades, giving corporate special interests and mega-donors with extreme agendas even more influence in our democracy.

It’s time to take the for-sale sign off our democracy. The Senate should not vote to confirm Brett Kavanaugh to the Supreme Court. 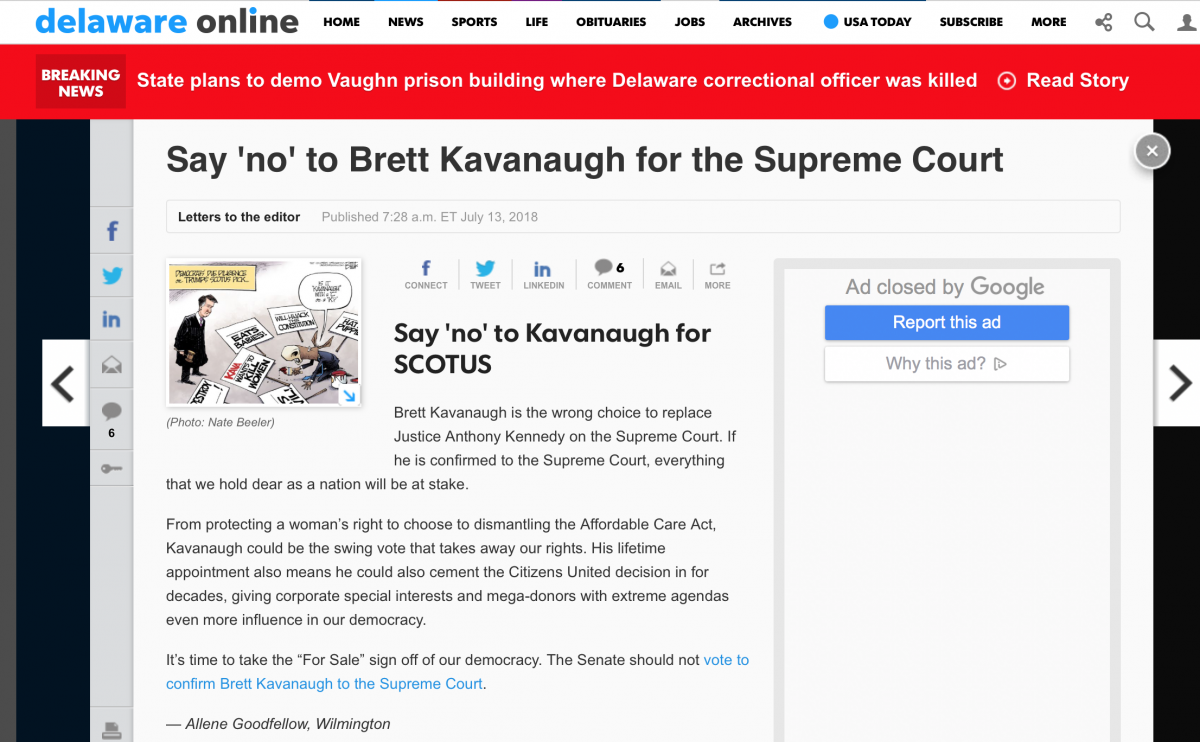 As of the morning of July 16th  Delaware Online was still featuring the phony letter published on July 13th.

The White House says most Americans will “see through these tactics” and have given little regard to the attempt to make people believe the phony letter was a grassroots effort against Kavanaugh.