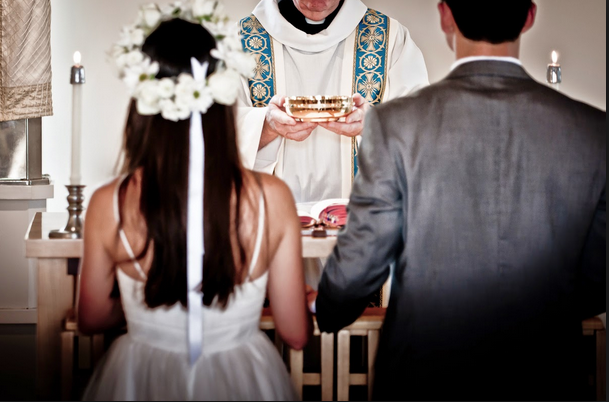 According to a report published by the Pew Research Center on Monday, most U.S. Catholics (62 percent) believe the Church should allow Catholics who have been divorced and remarried without an annulment to receive Communion.

Even more, a recent Pew survey revealed that only 21 percent of Catholics view divorce as sinful while 61 percent do not.

“These views may be informed by the fact that many Catholics have had these experiences. A quarter of American Catholic adults (25%) have been divorced themselves, and roughly a third (9% of all Catholic adults) are currently remarried. Among all U.S. Catholics who have ever been divorced, only about a quarter (26%) say they or their former spouse have sought an annulment from the Catholic Church.

“Our survey found that many divorced and remarried Catholics who may not be eligible for Communion in the eyes of the church say they do receive Communion at least some of the time they attend Mass. While there were not enough respondents who were divorced and remarried without an annulment to analyze separately in the survey, they can be looked at together with Catholics who are currently living with a romantic partner outside of marriage.”

Other noteworthy findings include how most U.S. Catholics (76 percent) think the Church should allow its members to use birth control. A significant majority (66 percent) are open-minded to use of contraceptives in general.

Those who participated in the survey remain divided over whether the Catholic Church should recognize same-sex marriages.

Check out a graphic of their findings below. 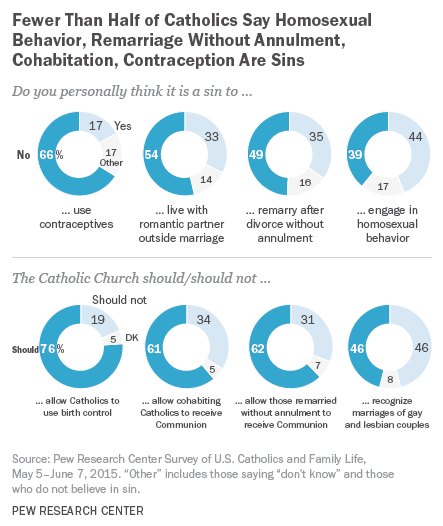