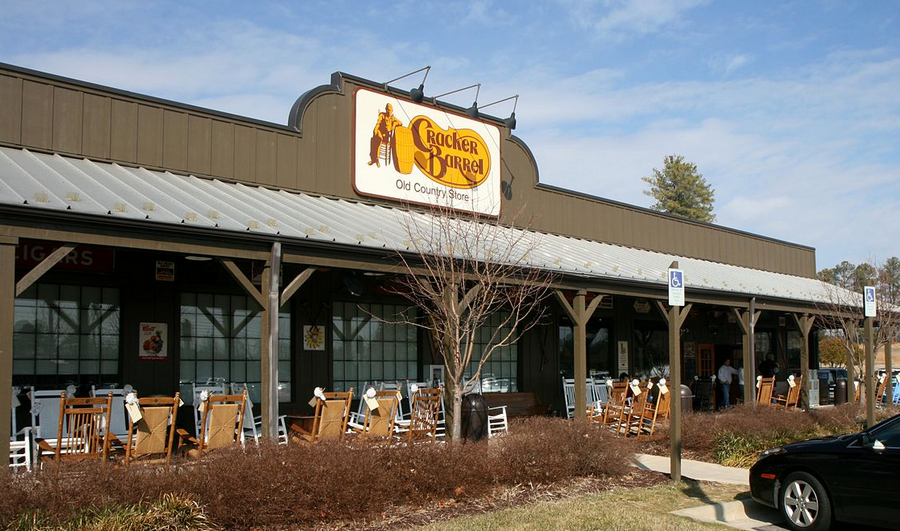 In order to mock political correctness, a satirical petition is calling for the restaurant Cracker Barrel to change its name to “Caucasian Barrel.”

Ryan Koch, the creator of the viral petition, writes the name “Cracker Barrel” should be changed because it uses “an offensive slur” which “mocks our long and proud heritage.”

“The name is offensive, their logo stereotypes European Americans as people who sit on chairs and lean against what appears to be a bourbon barrel, claiming we are all a bunch of alcoholics. Sure, they'll SAY it's a ‘cracker’ barrel but everyone knows crackers don't come in barrels, they come in bags and boxes!”

To drive the point home, throughout the petition, the word “Cracker” is written as “C****er” in order to portray the word as profane.

Koch concludes the petition by stating, “After all, white people should have something to be offended by, too!”

The petition has received approximately 14,000 signatures since it began five days ago.

Cracker Barrel responded to the petition in a statement to ABC Action News,

"Cracker Barrel is aware of this satirical petition and recognizes that individuals have the right to express their opinion on all types of things. At Cracker Barrel, our mission is Pleasing People. While we respect the opinions of these individuals, our brand is well-known as a home away from home so we have no plans to change our name as it is synonymous with great food and great service."