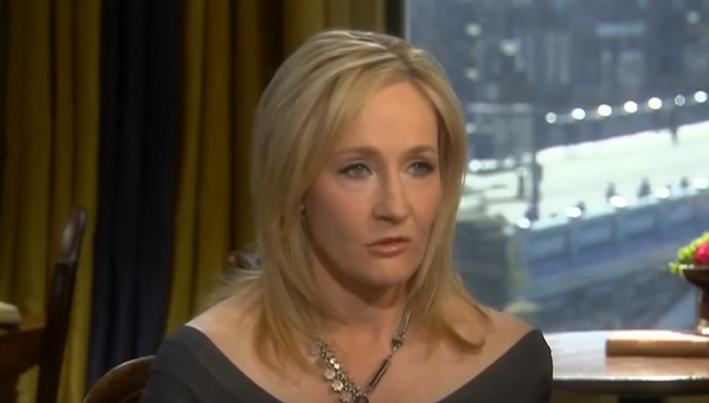 The old saying, “put your money where your mouth is,” just found a new purpose.

"Harry Potter" author J.K. Rowling has not only been an outspoken opponent of President Donald Trump, but she has been more than outspoken on the refugee crisis facing Europe and countries across the world.

She tweeted back in September her sympathy for refugees, saying, "If you can't imagine yourself in one of those boats, you have something missing. They are dying for a life worth living."

If you can't imagine yourself in one of those boats, you have something missing. They are dying for a life worth living. #refugeeswelcome

Rowling now has a chance to do what she skewers others for not doing: accepting refugees no matter the circumstance.

A petition on Change.org was recently created by a person named Marcus Aurelius, asking Rowling to house "Muslim refugees in her 18 spare bedrooms" — a call to bring her back to the world of non-fiction where there are no wizards or invisibility cloaks.

The petition opens by saying,

She [J.K. Rowling] is well-known advocate of open borders and often stated, that Europe has the duty to give every single one of these refugees from all over the middle east, rarely warzones, asylum and welfare. Everyone who represented a different opinion was viciously attacked by her, and she is not alone. Many other multi-millionaires and billionaires seem to be fond of virtue-signaling about refugees. Since she is a sheltered member of the rich elite, who is very much disconnected from the ugly reality of rape, murder and destruction which many of these refugees bring with them, we think that it is time for her to show some true solidarity.

Ironically, Rowling is a part of the same segment of liberals that constantly call out the rich for not doing their “fair share."

That’s why this petition is gaining steam. Obviously, no one actually thinks that Rowling would do this, but that isn't stopping petitioners from demanding that Rowling take in refugees.

The petition concluded by making this demand:

We demand that J.K. Rowling grants no less than 18 refugees shelter in her mansions for at least 8 years. She rejects safe immigration, which is why we also demand, that there will be no additional vetting process for these refugees. Her virtue-signaling stems from ignorance, and the 100% effective cure of it will be this drastic change of perspective. To make this group of refugees representative of the situation Europe, we also demand that the group consists of 14 men and 4 women, since over 75% of the millions of refugees are male.

As of now, the petition has garnered 33,535 signatures, far surpassing the 35,000 requested by the creator of the petition to warrant sending it to Rowling.

The world famous author might be able to imagine herself on a refugee boat, but will she show how tolerant she is by taking refugees into her own home?