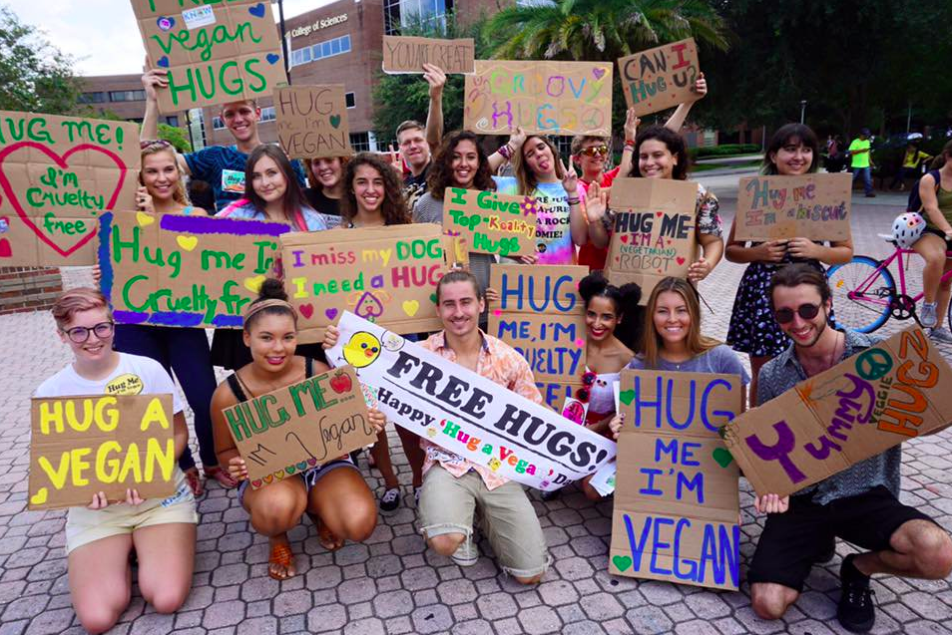 People for the Ethical Treatment of Animals (PETA) is paying students up to $2,000 per year to convert their classmates to veganism, Campus Reform reports.

The PETA Campus Representative Program enlists students with the incentive of a stipend each semester to host events, organize film screenings, and hold demonstrations that promote the vegan lifestyle, advocate for animal rights, and condemn meat eating.

“Are you a vegan college student in the U.S. or Canada who’s juggling taking classes, working, and trying to save the world all at the same time? If so, peta2’s Campus Representative Program is for you!” the program description reads.

In Fall 2017, the program hired 108 representatives on college campuses across the country including UC Irvine, Texas A&M, and Harvard.

Each representative has a PETA program advisor, who guides students to “transform their schools and spread animal rights awareness.”

One student representative admitted that the program targets college students because they’re at a vulnerable stage in their lives:

“It is extremely important to promote veganism to college students because they're at a pivotal cognitive stage in their lives,” said Resanna Li, a junior at the University of California-Irvine. “Their brains are still in the [process] of learning and their environment of being away from family allows them to make their own choices.”

Are you a #vegan college student? Save animals & make money! Apply to be a @peta2 campus rep https://t.co/ZBJp9YzoYQ pic.twitter.com/hNPz0tMUGo

PETA lists examples of “lasting change” such as getting an all-vegan food station for a campus dining hall and ending the sale of SeaWorld tickets.