Animal rights cult PETA is the gift that keeps on giving. They have to know how ridiculous their actions are, right? I mean, they have to! There’s no way that they can call for things they call for and keep a straight face. Whatever the case, I’d like to thank PETA for providing all of us with a constant source of comedy.

Recently a lobster truck overturned in Brunswick, Maine, killing 4,500 lobsters in the process. The Portland Herald Press reported that 7,000 pounds of lobster were destroyed.

In response, People for the Ethical Treatment of Animals (PETA) asked the Maine Department of Transportation (MaineDOT) to place a tombstone at the site the lobster truck overturned so that they can continue their crusade for everyone to “Try Vegan.”

“In Memory,” the mock-up tombstone reads, “of the Lobsters Who Suffered and Died at This Spot.”

Here’s an image of the proposed tombstone, per WHAM - Rochester: 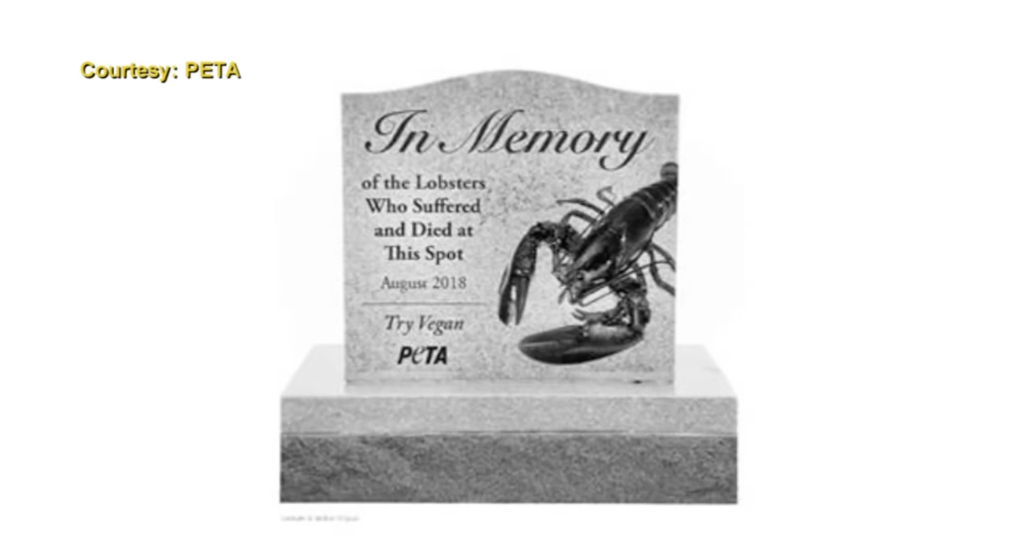 Now that is comedy! They want to commemorate lobsters who were on their way to be eaten anyway.

Want to laugh a little more? Check out this comment from PETA's Executive Vice President Tracy Reiman, and let the hilarity ensue.

"Countless sensitive crustaceans experienced an agonizing death when this truck rolled over and their bodies came crashing down onto the highway,” Reiman said, according to a statement on PETA's website. “PETA hopes to pay tribute to these individuals who didn’t want to die with a memorial urging people to help prevent future suffering by keeping lobsters and all other animals off their plates."

Humans are at the top of food chain for a reason. I’m all for animals being treated well, but when you begin messing with my dinner, that’s when we have a problem.

MaineDOT should have their heads examined for even considering what amounts to yet another ridiculous request/demand from PETA, which they reportedly did until they denied the request.

Be vegetarian. Be vegan. Just don’t tell me how to live my life because you don’t enjoy a nice Lobster Bienville. The only tragedy in all this is the fact that the lobsters were unusable for some delicious bisque.

For absolutely hilarious coverage of this story, watch below:

People for the Ethical Treatment of Animals