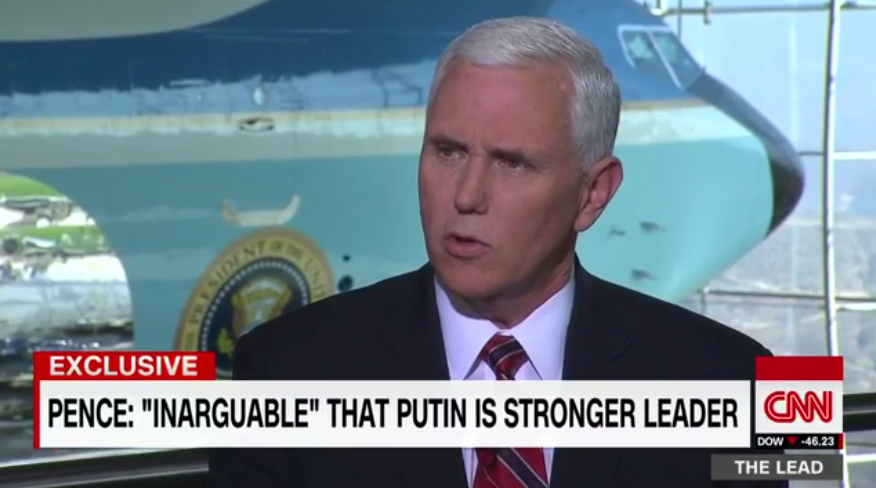 Donald Trump said during the "Commander-in-Chief" forum hosted by NBC Wednesday night that Vladimir Putin is a stronger leader than President Obama.

Following a speech at the Ronald Reagan Presidential Library in Simi Valley, Calif., Pence said he thinks "it's inarguable" that Putin is the stronger leader.

“I think it’s inarguable that Vladimir Putin has been a stronger leader in his country than Barack Obama has been in this country," he said.

Mike Pence: "Putin has been a stronger leader… than Barack Obama has been in this country." https://t.co/Ffug3YzlvX https://t.co/pYeBH4wQub

Democratic presidential candidate Hillary Clinton on Thursday condemned Trump for praising Putin as “not just unpatriotic and insulting to the people of our country, as well as to our commander in chief, it is scary.”

She told reporters at her first formal press conference since December that former U.S. President Ronald Reagan would be astonished with Trump and his comments about Putin.

Trump said Wednesday night that most Russians respect Putin whereas only half of Americans approve of President Obama.