Penalty For Lacking Health Insurance Will Rise Dramatically in 2016

Penalties for Americans who lack health insurance will be rising dramatically in 2016 due to the individual mandate imposed by Obamacare. 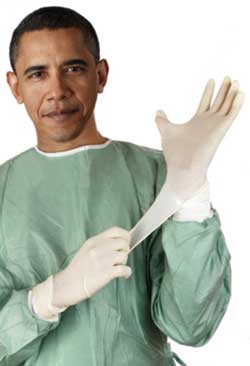 The penalty, or "tax," as chief Justice John Roberts deemed it, will be rising to 2.5 percent of a household's taxable income next year. If you are an individual who doesn't have health insurance, the penalty will be $625 for an adult and $347.50 for each child under the age of 18.

The increase more than doubles the $325 fine currently imposed for lacking health coverage, and is six times the $95 that those lacking health insurance were forced to pay in 2014.

The increase comes amid projections that the number of those who sign up for Obamacare in 2016 will fall far below initial government estimates. Apparently, HHS is having a trouble convincing the 10.5 million people who are eligible for Obamacare to sign up.

The initial HHS estimate for the number of people who would be signing up for coverage on the Obamacare exchanges next year was originally 20 million. HHS is now rolling back that prediction and has set a new goal of 10 million new enrollees.

Despite the fact that Obamacare will come nowhere close to reaching its enrollment goal for the coming year, the Obama Administration insists that the program has not stalled -- but is rather on “a much longer path toward equilibrium,” according to a senior HHS official.

Congressional Republicans were quick to pounce on the new numbers. In a Tweet last week, Senate Majority Leader Kevin McCarthy (R-Calif.) was quick to point out the repeated failures of HHS to deliver on its estimations, writing, “For the second straight year, the latest #Obamacare enrollment goal falls below CBO predictions.”