Pelosi to Trump: Don’t Speak To Us Until Partial Shutdown Is Over

House Speaker Nancy Pelosi (D-Calif.) sent a letter urging President Donald Trump to submit his State of the Union address to Congress in writing, instead of giving the traditional speech – or to postpone his speech until after the partial government shutdown is over.

You have to wonder why Pelosi doesn’t seem to want to hear what President Trump has to say? We all remember how excited and open-minded she looked during the last SOTU. 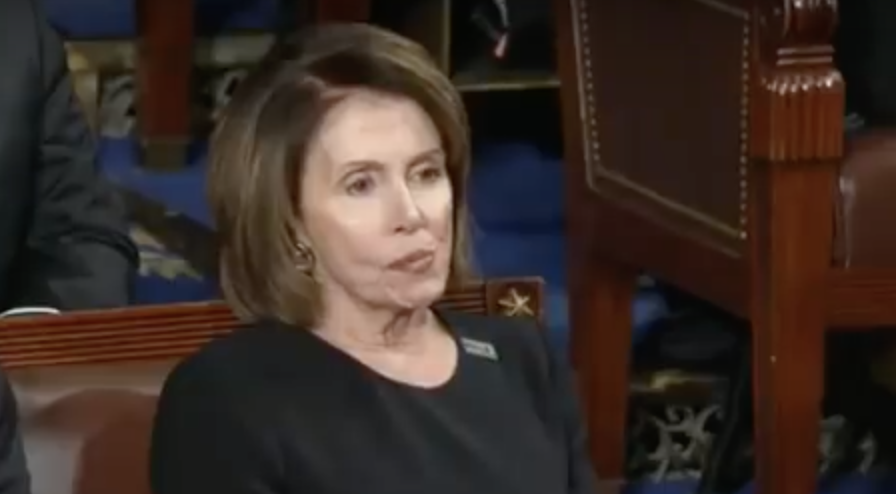 The U.S. Secret Service was designated as the lead federal agency responsible for coordinating, planning, exercising, and implementing security for National Special Security Events by Public Law 106-544, December 19, 2000. However, both the U.S. Secret Service and the Department of Homeland Security have not been funded for 26 days now — with critical departments hamstrung by furloughs.

Sadly, given the security concerns and unless government re-opens this week, I suggest that we work together to determine another suitable date after government has re-opened for this address or for you to consider delivering your State of the Union address in writing to the Congress on January 29th. 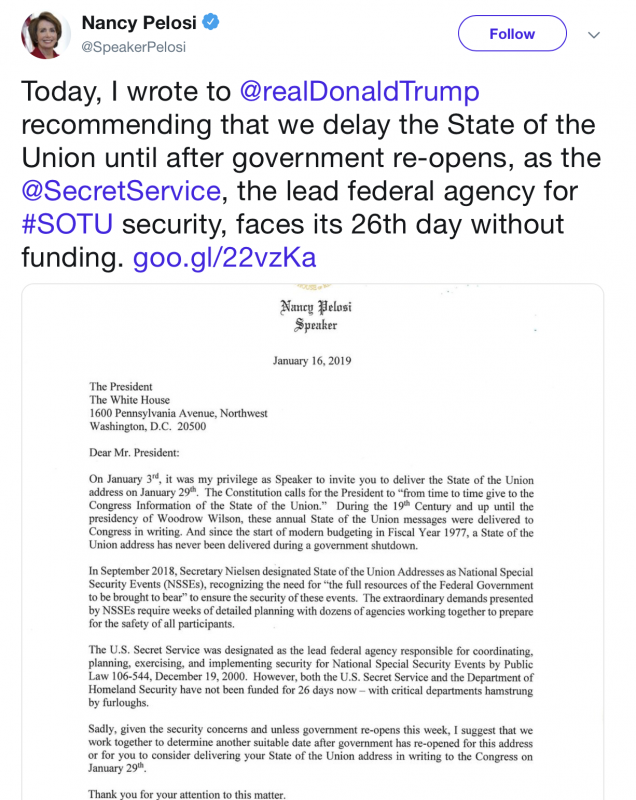