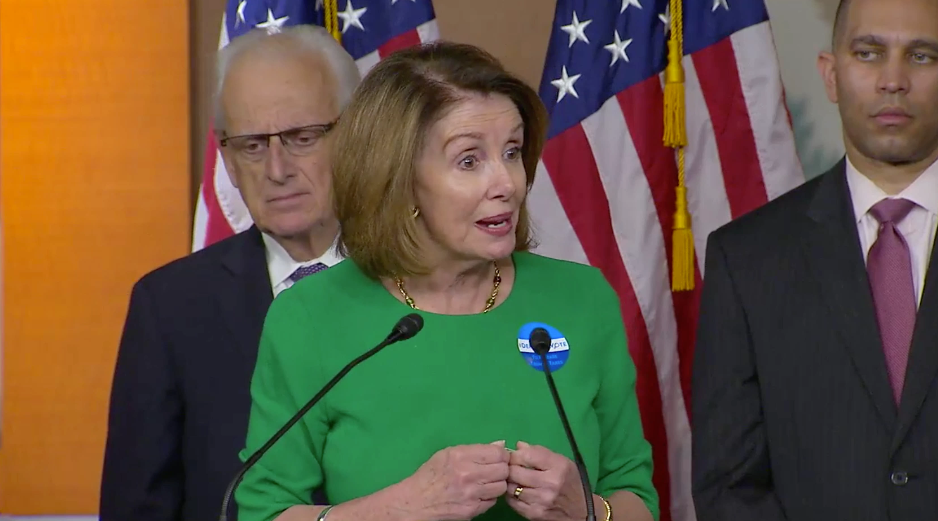 While fielding a question during a press briefing about President Trump’s tax returns on Wednesday, Pelosi said, “But I have to thank the Republicans, because you know what? A few months ago, right before this all started, the Affordable Care Act was at, like, 42 percent favorable to 52 [percent] negative because of the misrepresentations that the Republicans put out there.”

“The Gallup poll yesterday has it at, what, 55 [percent] positive on the Affordable Care Act, 42 [percent] negative. Completely reversed it. As people understand what it means to them in their lives, they understand that the Republicans are not acting in their interest,” she continued.

The April Gallup poll shows, when asked if they “generally approve” of the Affordable Care Act, which “restructured the U.S. healthcare system,” 55 percent now say they approve, up from compared to 42 percent in November, while 41 percent disapprove. In the poll from Nov. 2016, 53 percent disapproved of the Affordable Care Act and 42 percent approved.

However, the latest poll from April also reveals that out of all U.S. adults, a plurality of respondents (40 percent) support keeping the Affordable Care Act in place but with “significant changes” made to the law. Another 30 percent of respondents support a full “repeal and replace” of the law, while only 26 percent want to keep the Affordable Care Act “in place as it is.” 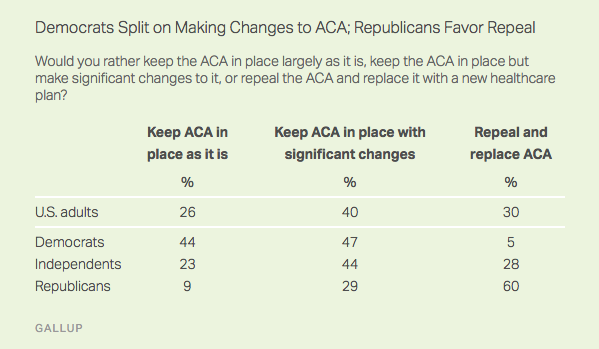