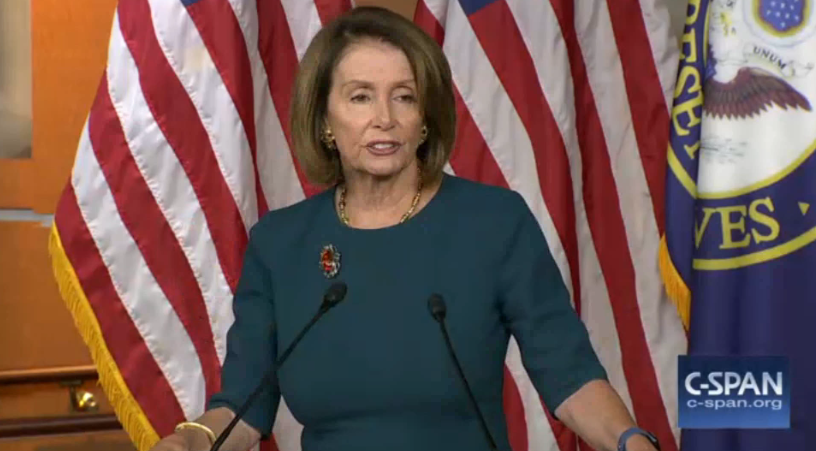 At the end of her remarks, Pelosi said, “Let me end on this note. Of all the things that they could be doing in a reconciliation bill—job creation, deficit reduction—no, forget that. What are they doing in this bill? Overturning the Affordable Care Act, undermining the health security and financial stability of America’s working families, and defunding Planned Parenthood. That’s their—that’s their manhood thing,” Pelosi said while shaking her hands.

“You know, defunding Planned Parenthood. How can they establish that as a priority unless they’re coming at all of this from a very ideological stand-point?” she asked.