Pelosi Blames the GOP For Creating ‘Politics of Personal Destruction’ 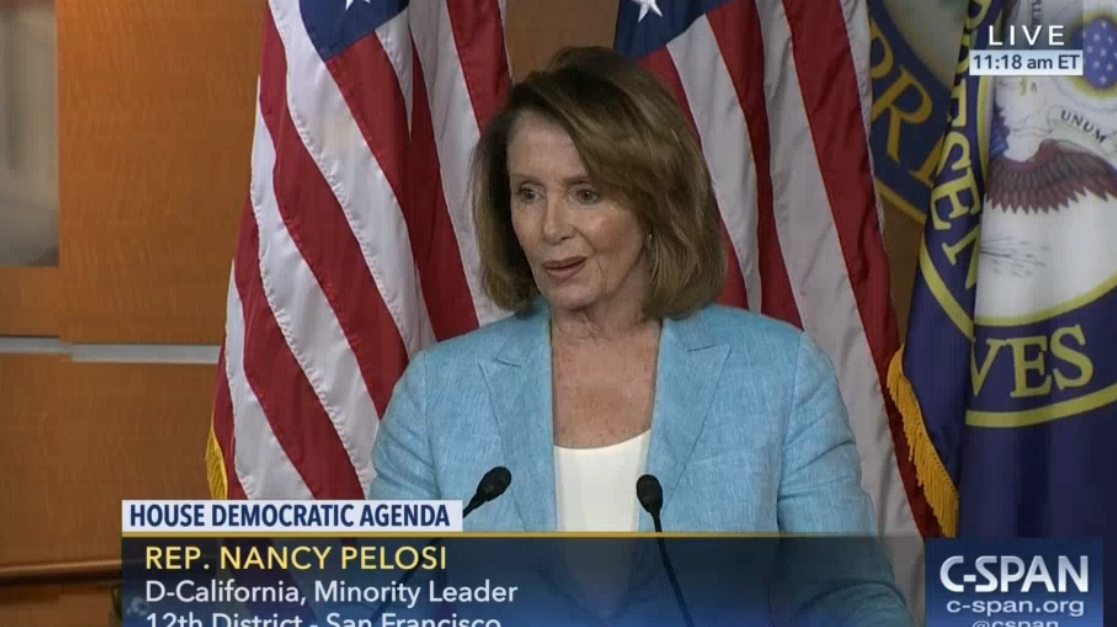 During a press briefing on Thursday, House Minority Leader Nancy Pelosi (D-Calif.) blamed Republicans for creating the “politics of personal destruction” that led to the shooting of House Majority Whip Steve Scalise (R-La.) on Wednesday.

During the briefing, Pelosi was asked about the “possibility” that the shooting of Scalise “could be used against Democrats” because of the shooter’s opposition to Republicans and public support for Sen. Bernie Sanders (I-Vt.), who ran as a Democratic candidate for president in 2016. The reporter also mentioned Republicans have been referencing the increase in “vitriolic rhetoric” from the left and how it contributed to the shooting.

Pelosi responded by calling out Republicans who are “all-of-a-sudden” “sanctimonious” about vitriolic rhetoric, drawing comparisons between ads against her to the kind of actions displayed by leftists toward Republicans, and alleged words made by President Trump:

Well, I don’t even go into the whole thing I can’t even begin—probably as we sit here, they’re running caricatures of me and, once again, we’re in over $100 million dollars of vitriolic things that they say that resulted in calls to my home constantly, threats in front of my grandchildren, really, predicated on their comments and their paid ads.

So this sick individual does something despicable, and it was horrible what he did, hateful. But for them to all-of-a-sudden be sanctimonious, as they’ve never seen such a thing before, and I don’t even want to go into the President of the United States, but in terms of some of the language that he has used.

Asked a follow-up question about whether the escalation of rhetoric is “equally afflicting the left and the right,” Pelosi said she does not.

Pelosi responded by accusing Republicans of starting the “politics of personal destruction” in their response to the Clinton administration which, she claims, continues today:

But let’s all say, let’s examine our conscience, let’s see how we can rid ourselves of our negative attitudes that go to a place that is like this. We’ve had… It didn’t used to be this way. Somewhere in the ’90s, Republicans decided on the politics of personal destruction as they went after the Clintons and that is the provenance of it. And that is what has continued.