As if you needed another reminder not to believe everything you hear from the liberal media, here’s another: Parkland student survivor Patrick Petty, whose sister Alaina was killed during the mass shooting at Stoneman Douglas High School in February, is slamming anti-gun activists for using his slain sister’s memory to push for stricter gun control. 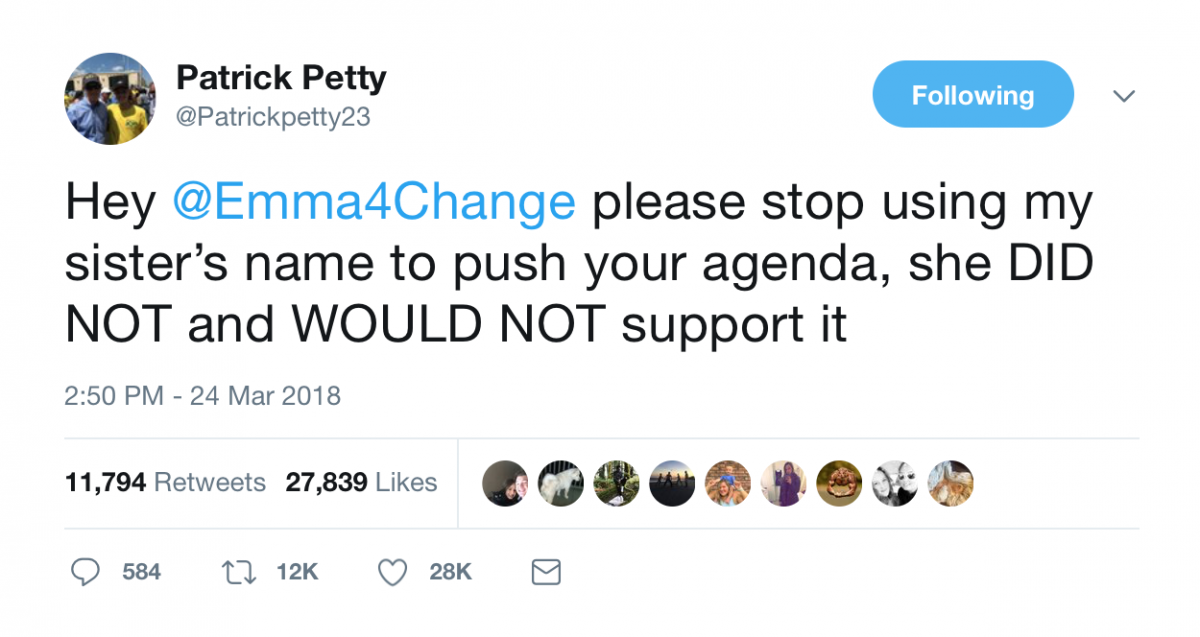 Emma Gonzalez, one of the most prominent anti-gun students to achieve her 15 minutes of fame after the Parkland shooting, listed Alaina Petty by name as one of the victims during her speech at Saturday's March For Our Lives in Washington, D.C.

Alaina, by the way, was an active member of her school's JROTC program, just like her brother Patrick. She was posthumously presented with the JROTC Heroism Medal at her funeral.

Even less than his classmate Kyle Kashuv, who hid in a closet during the shooting, Patrick Petty hasn’t gained a fraction of the notoriety and media attention that’s been enjoyed by anti-gun Parkland students, even though he lost a member of his immediate family in the tragedy.

While anti-gun Parkland kids have found their way onto every major network (repeatedly), landed on major talk shows, been splashed all over the cover of Time Magazine and raked in millions from celebrities and leftwing mega-donors, pro-Second Amendment kids like Petty, who arguably suffered far worse in the shooting than his anti-gun counterparts, have been largely ignored by the media.

While Emma Gonzalez has racked up more than 1.2 million Twitter followers, Petty's got less than 7,000.

Petty’s dad has also been an outspoken – if not unheard – opponent of the anti-gun left’s “solutions,” particularly when it comes to a certain abortion giant’s claims to care about dead children. 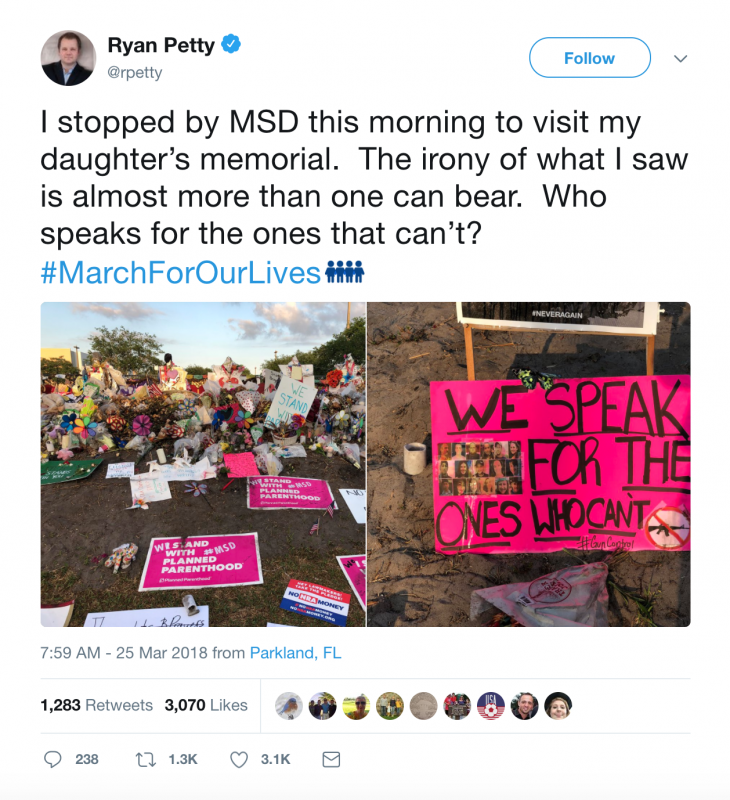 But if you're looking to see these two on CNN or sitting down for a one-on-one with Bill Maher, I wouldn't hold my breath. After all, this isn't about the truth.

It's about the narrative.