Pardon My 'Manterruption,' Feminists, But... 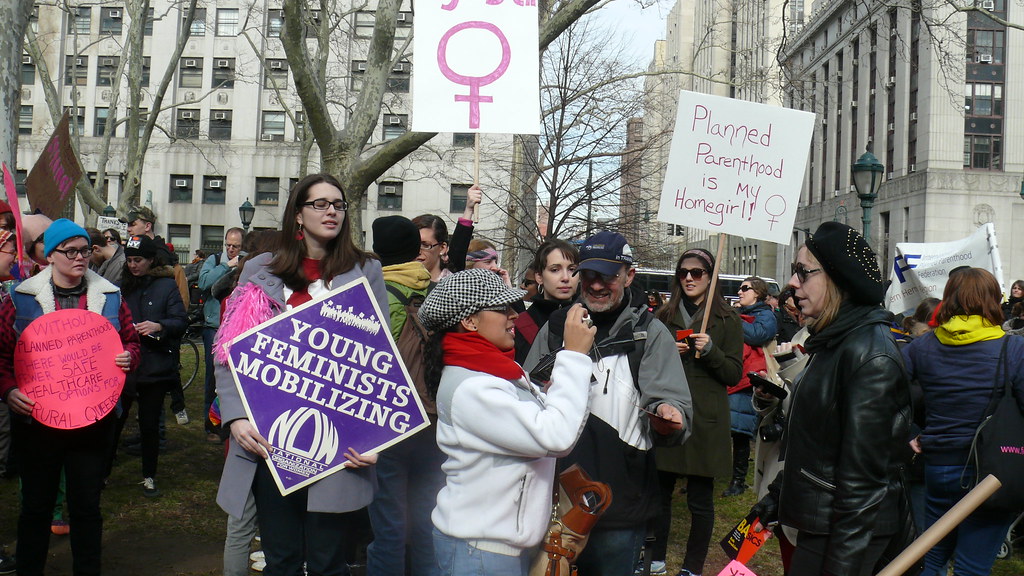 These are all terms that feminazis, excuse me, feminists use to describe all of the vile men in the world. And if you spoke to a woman completely dedicated to modern feminism, they have no problem telling you how evil all men are in general.

Well, there’s a new term that women in knit vaginas are using — manterrupting.

Don’t worry. It’s definitely as stupid as it sounds, and I’m not just saying that because I’m a man.

Suzannah Weiss, who wrote an article on Bustle about the 2014 George Washington University study on interrupting, calls being interrupted a “frustrating experience.”

No duh, Suzannah. No one likes to be interrupted. But those of us who have a spine either call people out directly for interrupting or let it go. You know why? Because in the grand scheme of things, it’s just not that important.

(Side point: if you are sending your child to college and paying sky-high tuition costs for your kid to study which gender interrupts more, pull your kid out of school because they’re wasting your money.)

Weiss’ article had a premise, but the statistics she listed are contradictory to her argument. Case in point:

Weiss then poses the question, “So, what do we do about this?”

She explains that companies should provide training, particularly for “white, straight, cisgender men.”

For those that aren’t clear (I wasn’t either) on what "cisgender" is, it simply means identifying with the gender you were born with. I wasn’t aware that was a quandary for the 99.4 percent of people that aren’t transgender.

As a man, I’m sick of having to apologize for having a gender that I didn't choose. I am an all-American, meat-eating, red-blooded gentleman who occasionally grunts. But for decades now, feminazis have been socially castrating men like me for having certain natural traits. And it's gotten old. Even more ironically, many of these same women then complain that it's difficult to find a decent gentleman.

Newsflash: modern feminism destroyed most of those men.

At the end of the day, everyone is responsible for the outcomes they see in their lives. If you don’t like something that you feel is unfair, you should change your situation instead of labeling all men as pigs.

So Ms. Weiss, pardon my “manterruption.”