Package With a Handwritten Note Lands 20 Miles From Trump...and Here's Who It's From

A package making a hissing noise was looming in the skies 20 miles from where President Trump is staying in South Brunswick, New Jersey.

Officer Salvatore Fama of the South Brunswick Police Department arrived at a solar panel field on Tuesday after calls concerning a mysterious device in the sky with red parachute. Employees in the field said they heard hissing noises coming from the package once it landed.

Once he arrived, he found the package accompanied by a sketchy, handwritten note saying it wasn’t a bomb.

The note on the box, pictured below, was written with a marker and with no official seal or any recognizable mark. It said “NASA Atmospheric Research Instrument NOT A BOMB! If found, please call [redacted]. If this lands near the President, we at NASA wish him a great round of golf." 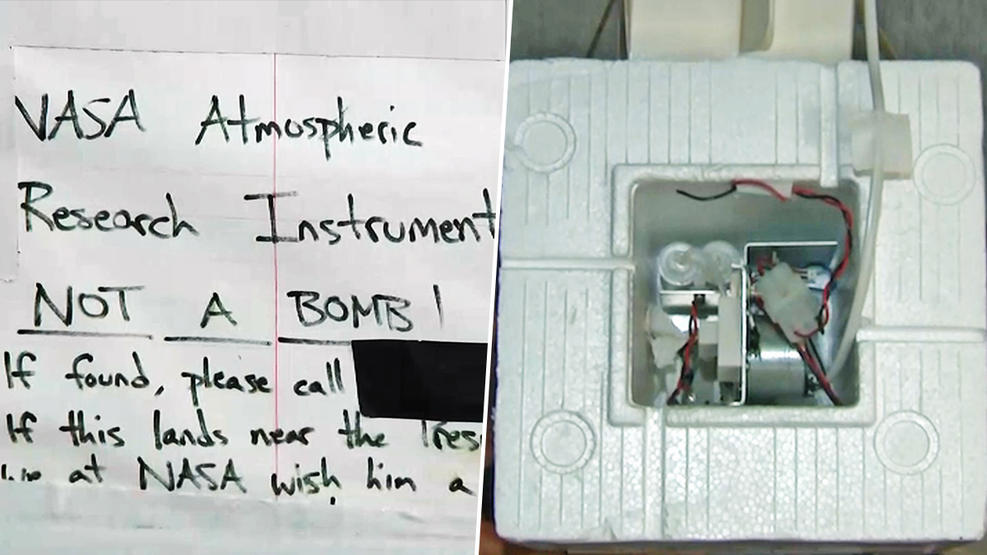 Turns out it was a device sent by NASA and was “a weather monitoring device which comes down after a period of time at random locations,” reporters found.

According to reports, this is the second package that has alerted authorities since President Trump’s arrival and was handled by Middlesex County Prosecutor's Office, New Jersey State Police Bomb Unit, Kendall Park Fire Department and other federal authorities.

Now, did NASA really think this was the best way to figure out what’s going on with the weather? They really thought a note handwritten with a sharpie was better than, say, something printed? Maybe something with the NASA seal or an official signature?

Just when you think public officials couldn’t get any more obtuse.