Oxford University recently became the laughing stock of the academic world after it was revealed staff members were told that avoiding eye contact could contribute to “everyday racism.” Now Oxford is apologizing to autistic people who may have been offended by the instruction to make eye contact.

The BBC reports Oxford has issued an apology after issuing a letter claiming not making eye contact with someone could constitute a “racial micro-aggression.” One Twitter user allegedly criticized the newsletter as being “discrimination against autistic people,” calling the guidance “insensitive.”

In a series of tweets, including in response to an Infowars pundit who never called the policy discriminatory, Oxford University apologized for its “mistake.” 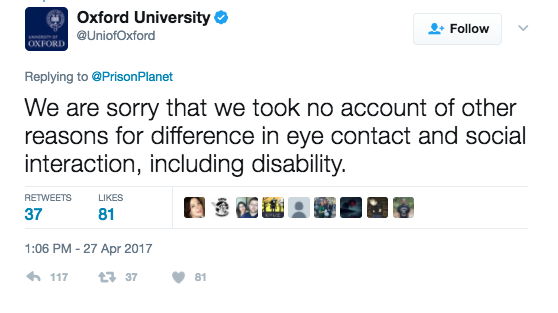 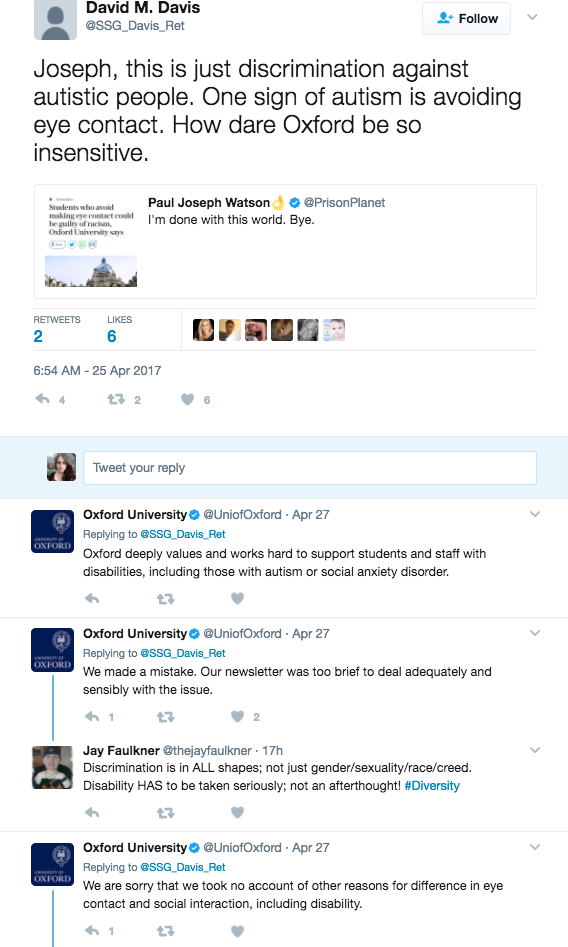 In addition to apologizing to autistic people who were potentially offended by the newsletter, it also apologized to people who suffer from social anxiety and might have trouble making eye contact.

“We are sorry that we took no account of other reasons for difference in eye contact and social interaction, including disability,” Oxford said.