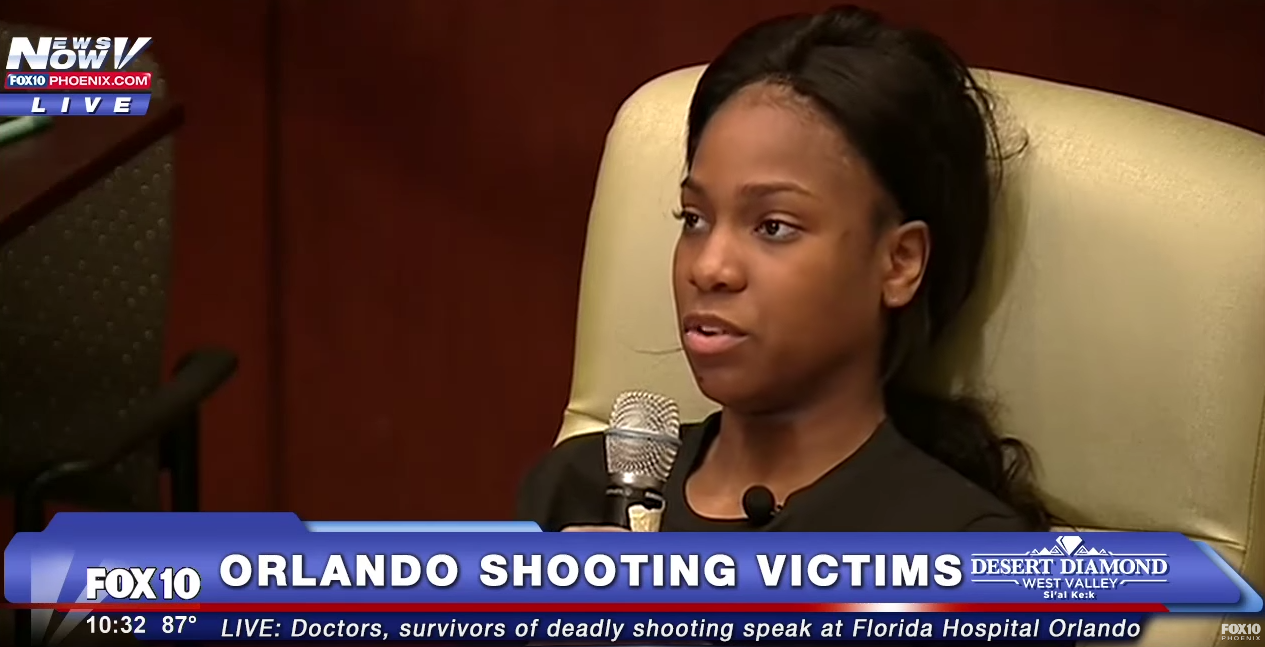 The terrorist who killed 49 and injured 53 at a gay nightclub in Orlando early Sunday morning reportedly spared black people from his rampage, claiming they have “suffered enough.”

Two survivors of the attack have now come forward and said the shooter, Omar Mateen, asked the victims at Pulse Nightclub about their race.

A survivor told ABC 20/20 the shooter allegedly asked, “Are you guys black?” The survivor claims that after a few people responded they are black, Mateen reportedly said, “I don’t have an issue with the blacks.”

Another survivor, Patience Carter, also claims the shooter asked people hiding in the bathroom, “Are there any black people in here?"

Carter said after a man announced that there were approximately six or seven black people in the bathroom, Mateen responded, "I don't have a problem with black people.” Instead, he allegedly claimed, "This is about my country. You guys suffered enough."

Carter claims Mateen tried to tell the survivors the shooting was not about black people.

Both the survivors reportedly heard the shooter making a phone call to police.

Carter said, “Everyone who was in the bathroom who survived could hear him talking to 911, saying the reason why he’s doing this is because he wants America to stop bombing his country. And from that conversation, he pledged his allegiance to ISIS. And he started speaking in, I believe after he got off the phone with 911, he started speaking in Arabic.”