O’Reilly: The Vote is Not ‘Rigged,’ But Media Coverage Is 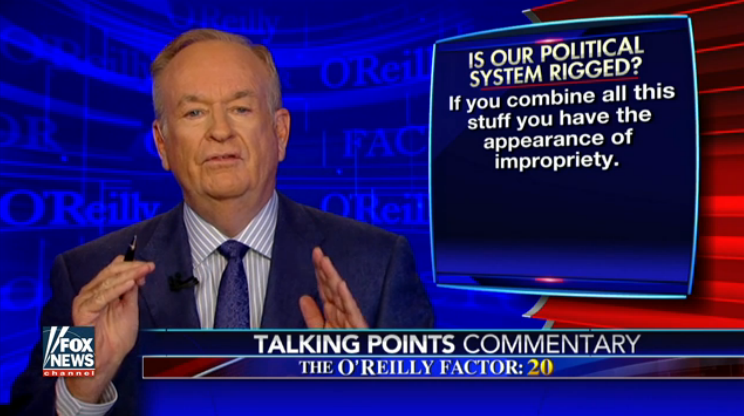 He said that the vote is not rigged, but the majority of media coverage from the Left is.

“On the media front, there is no question that viewers are not getting objective reporting,” said O’Reilly.

"So many journalists are committed to the Left," he said, "so many Republicans face 'rigged' coverage."

He argued that, with hundreds of millions of Americans voting, "it is virtually impossible for the actual vote tally to be rigged."

O'Reilly conceded, however, that there exist issues with the voter registration process.

"The vote cannot be possibly rigged,” he said. “Mr Trump should accept whatever happens unless there’s compelling evidence of corruption."

O’Reilly argued that the case can be made that the election is rigged in Hillary Clinton's favor because of the "compromised" justice system's handling of her private emails and inquiries surrounding the Clinton Foundation.

“The case can be made that the election had been rigged in her favor by investigative authorities,” he said. "If you don't think the federal political and justice systems have severe problems, then you are living in the land of Oz."