O’Reilly Tells Off Trump: ‘You Should Be the Bigger Man’ 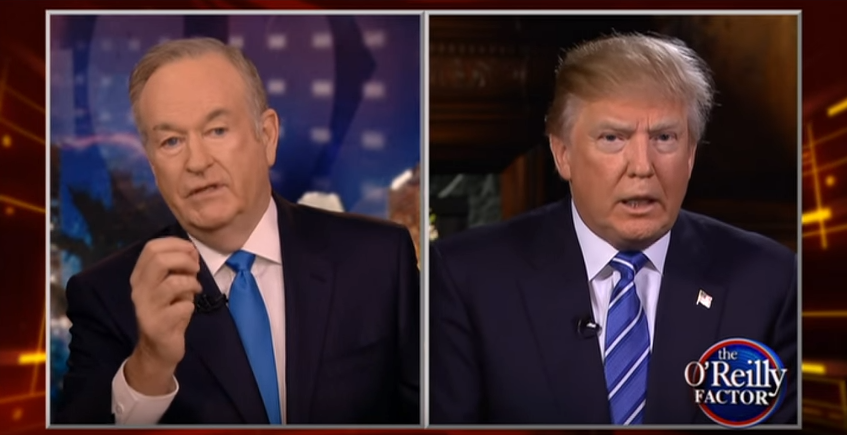 He argued that, as a Christian, Trump should forgive the people he feels have wronged him, namely Fox News host and debate moderator Megyn Kelly whom Trump claims is “really biased” against him.

“In your Christian faith, there is a very significant tenant and that’s the tenant of forgiveness,” said O’Reilly. “And I think you should forgive not only journalists who come at you in ways you don’t like, but I think you should be the bigger man and say, you know what, I didn’t like it… but I’m not gonna take any action against it.”

“Don’t you think that’s the right thing to do?” he asked.

“No, no! That’s Old Testament,” O’Reilly interjected. “If you’re the Christian, the eye-for-the-eye rule goes out.”

“Here’s what it is -- turning the other cheek!” he gestured.

“Bill, you’re taking this much more seriously than I am,” said Trump.