O’Reilly: ‘It's Open Season on Christians,' Here and Abroad 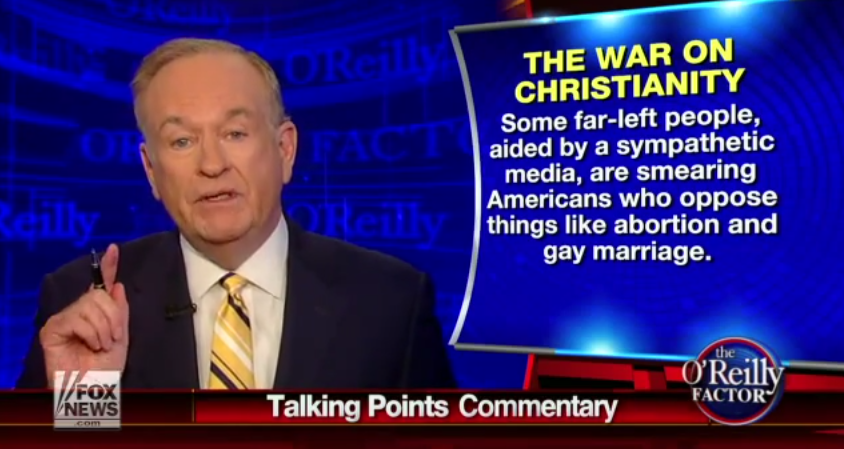 “No question it is open season on Christians,” O’Reilly said.

Given recent events in Africa and the Middle East, it is undeniable that Christians are facing vicious persecution for their faith, he argued.

Islamic extremists in Kenya gunned down nearly 150 Christians just this past Thursday. Fifteen Christians were killed in a suicide bombing in Lahore, Pakistan mid-march. ISIS beheaded 21 Coptic Christians on a beach in Libya and released a video of the barbaric event in February for the entire world to see.

As violent as it is abroad, the war on Christianity extends to U.S. soil, O’Reilly argued, where practicing Christians are being ruthlessly attacked by the media for their deeply held religious beliefs.

“Here in the USA, verbal attacks against Christians are the headline,” he said.

“Some far left people aided by a sympathetic media are now smearing Americans who oppose things like abortion and gay marriage.”

With a firestorm of hate-speech and intolerance dominating the national conversation over whether Christian businesses—i.e. bakeries, pizzerias—reserve the right to refuse service to a customer if doing so violates their religious convictions, the war on Christianity appears to be “getting even worse,” O'Reilly argued.

Watch the rest of his commentary below.