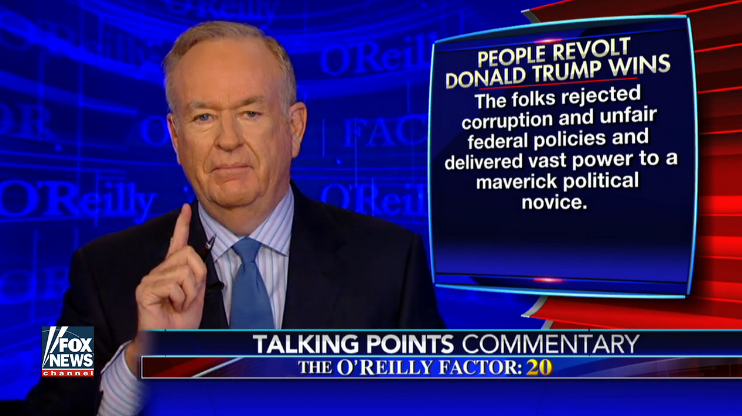 He said that the American people revolted against the system, resulting in a President-elect with no prior political experience.

“The people revolt; Trump wins,” he began. “In perhaps the most stunning political story in American history, the folks rejected corruption and unfair federal policies, and delivered vast power to a maverick political novice who is promising to treat working Americans with respect.”

He added that the American people clearly “have had enough” of the corruption in Washington.

Do you agree with O'Reilly's analysis? Let us know what you think in the comments section below.