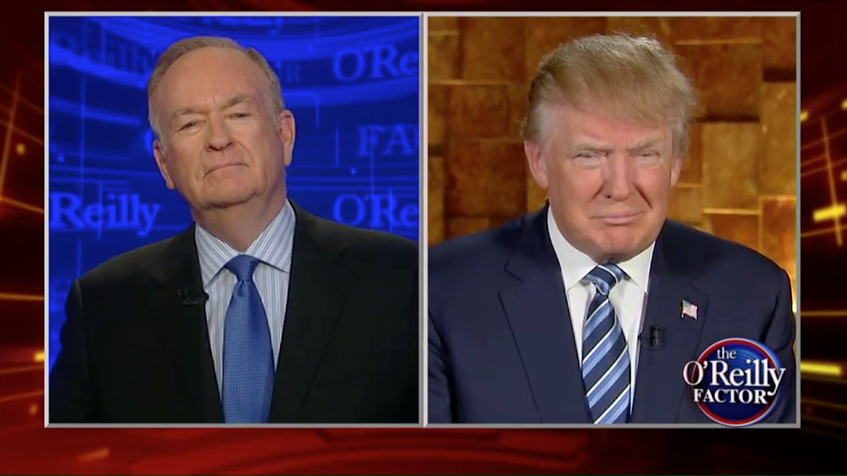 During Wednesday night’s “The Factor,” Fox News host Bill O’Reilly pushed back on Republican presidential candidate Donald Trump over his plan to deport the millions of illegal immigrants currently living in America.

O’Reilly argued that a mass deportation of over 12 million illegal immigrants “could never happen today.”

“Believe me when I tell you, Mr. Trump, that was brutal what they did to those people to kick them back,” O’Reilly said of President Eisenhower’s deportation of one million illegal immigrants in 1954.

“The stuff they did was really brutal. It could never happen today.”

The real estate mogul countered that his plan would deport people in “a very humane way":

"I've heard it both ways... We would do it in a very humane way," said Trump.

He added that President Truman deported over 3.5 million illegal immigrants before Eisenhower, to which O'Reilly replied, "I'll have to research that. I'm not sure."

O'Reilly argued that the Supreme Court "would absolutely rule" against the Republican presidential contender's deportation plan.

"I back you on the wall. But I also don't think you could deport these people because the federal courts would stop you," said O'Reilly. "They would say, each person that President Trump wants to deport has to have due process."

"But they're here illegally," Trump interjected.

"The Supreme Court would absolutely rule, they all have to have due process because they're on American soil."

Watch the rest of the fiery exchange in the video clip below.