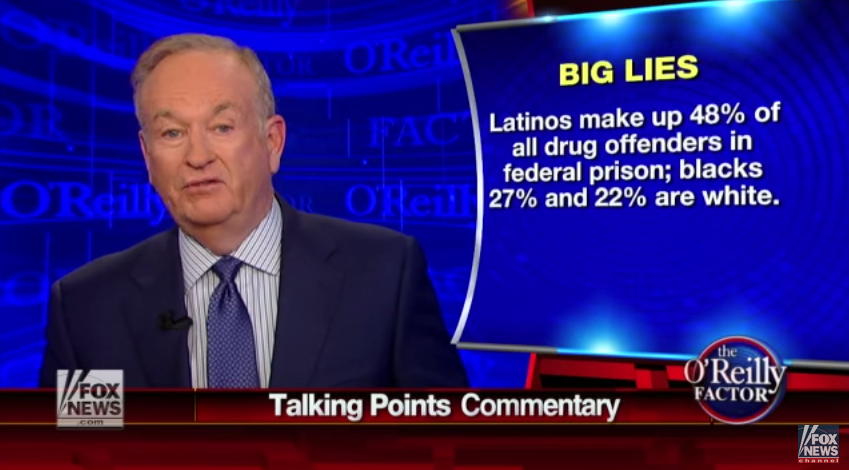 “President Obama believes the American justice system is biased against African Americans; therefore, some convict should be released from prison because their sentence is too harsh,” said O’Reilly. “In the meantime, violent crime in the USA is rising…"

“President Obama apparently thinks that heavyweight hard drug dealers are nonviolent. A huge lie! Every law enforcement agent in the country knows that street drug trafficking is brutal. Brutal! And there are few minor offenders in federal prison. Fewer than 1 percent of drug convicts have been convicted of simple drug possession.”

He then explained why he believes the notion of an American justice system biased against African Americans to be false:

“And how about the racial aspect that’s driving the insane sympathy for dope heads?” said O’Reilly.

“Hispanics make up 48% of all the drug offenders in prison -- blacks 27 percent, whites 22 percent.”

“So another big lie is saying the government is targeting blacks in drug cases,” he argued.

During his “Talking Points Memo,” the Fox News host also touched upon dangerous falsehoods being propagated by opponents of Kate’s Law and anti-law enforcement advocates like film director Quentin Tarantino.

Check out O’Reilly’s remarks in the video below.