Oh, Vox. It's like they're deliberately trying to get people not to read their articles or watch their videos. After former Media Matters and current Vox activist Carlos "@gaywonk" Maza tried to get all people he doesn't agree with banned from YouTube because conservative podcaster Steven Crowder called him some mean names, Vox itself published a news story that they have since deleted. Even they realized they're full of it.

The problem with publishing an article with the previously mentioned title? The House of Representatives, as of this writing, wasn't slated to vote on the resolution until 3:30 pm on Tuesday.

Here are a couple of screenshots from Twitter and a Google search, which was done at 2:45 pm, EST: 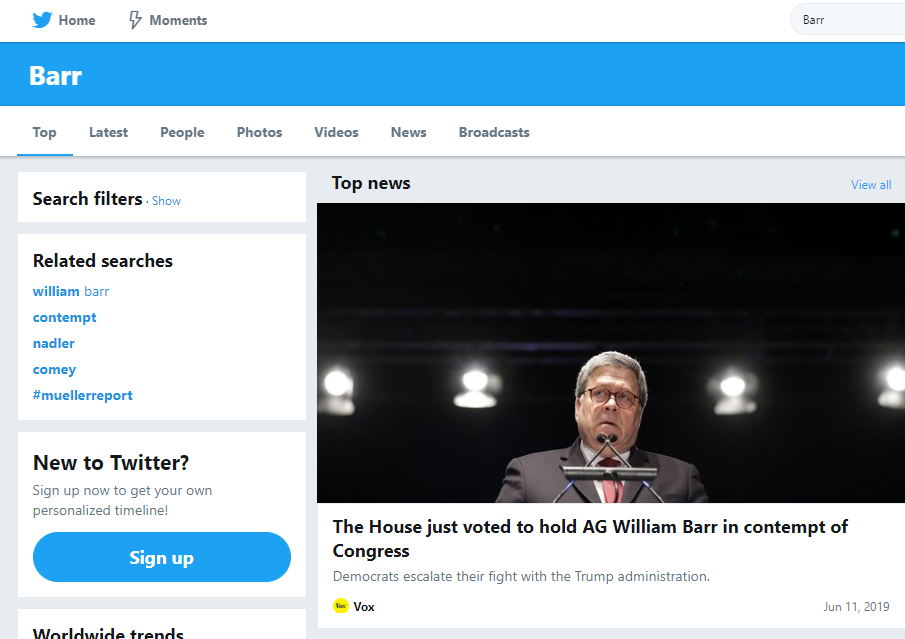 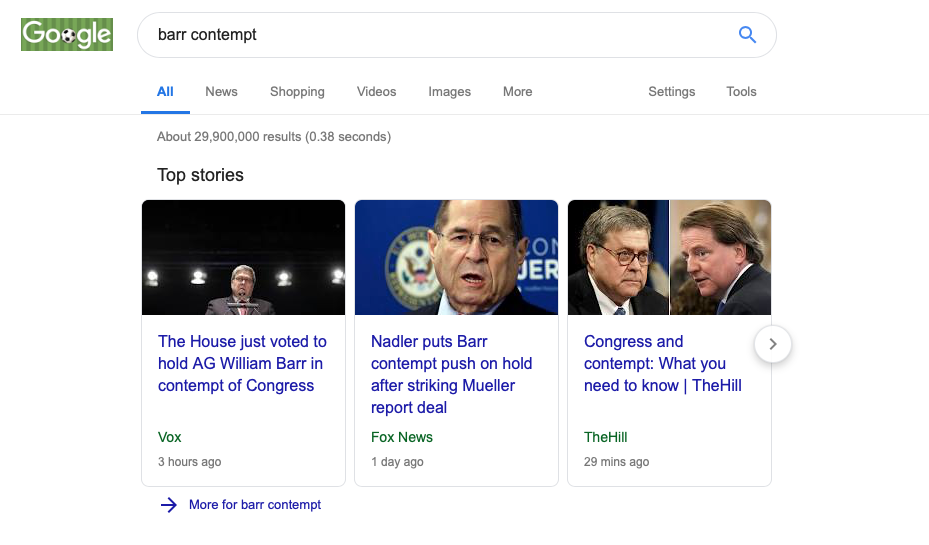 But some outlets have reported contradictory news to what Vox deleted earlier. According to The Hill:

Democratic lawmakers have largely portrayed the vote as one that will hold Barr in civil contempt. But the resolution does not mention contempt, and it differs from past contempt resolutions that sought federal prosecution of officials who failed to comply with congressional subpoenas.

First off, take a look at the time stamp on The Hill article (Remember: the vote wasn't being held until 3:30 pm on Tuesday):

Also, as The Hill's Jacqueline Thomsen wrote, "the resolution does not mention contempt."

Vox realized their own error and not only did they delete the article in question, but they issued a "CORRECTION" on Twitter. You can check out both below: 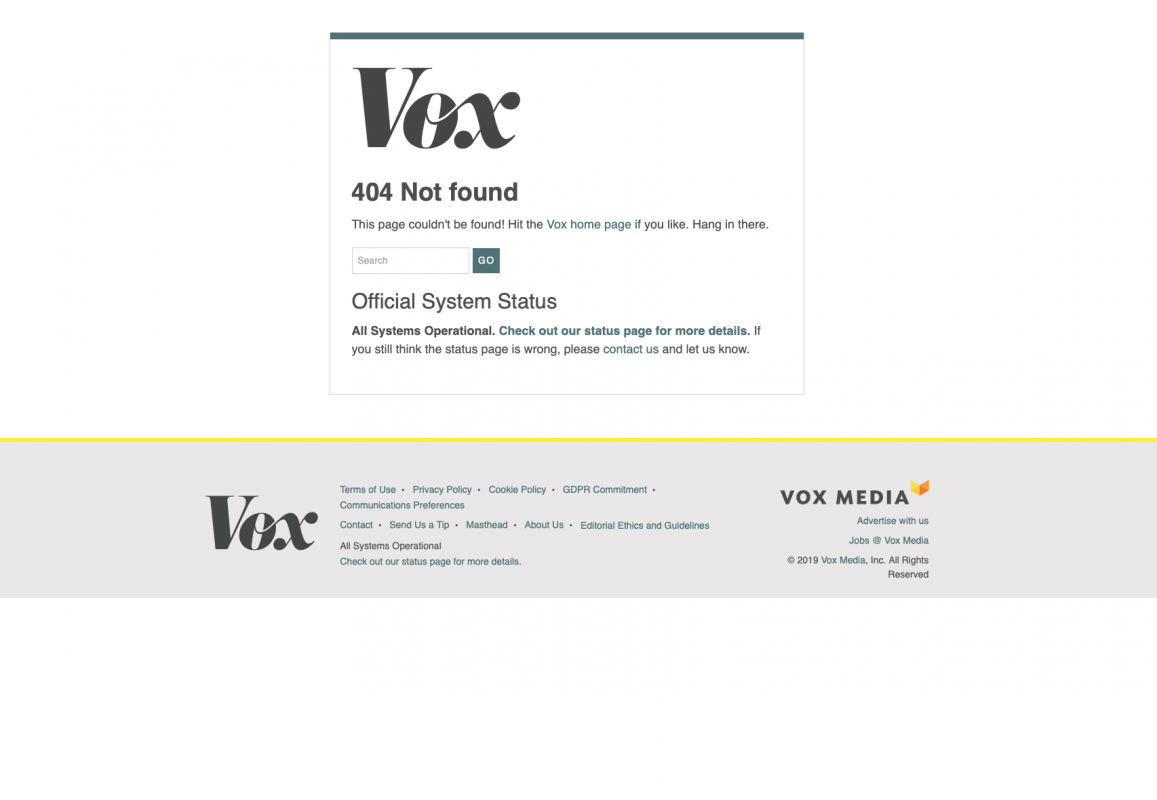 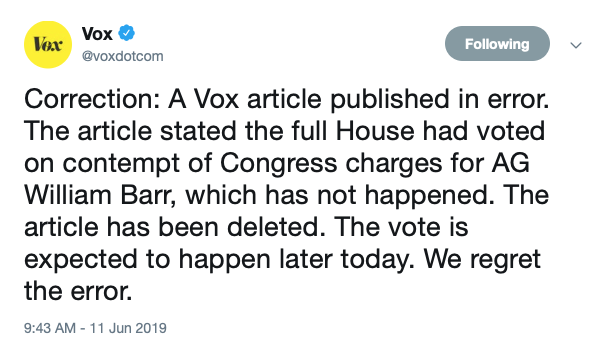 Listen, everyone makes mistakes. It happens, even to journalists, writers and commentators. But, with the sheer amount of self-righteousness Vox has displayed lately, an error this big needs to be pointed out.

Who knows? Vox might've had this article waiting to be published, and instead of saving it as a draft, they hit publish instead. The question then becomes, did Vox have an article ready in case the opposite outcome occurred?